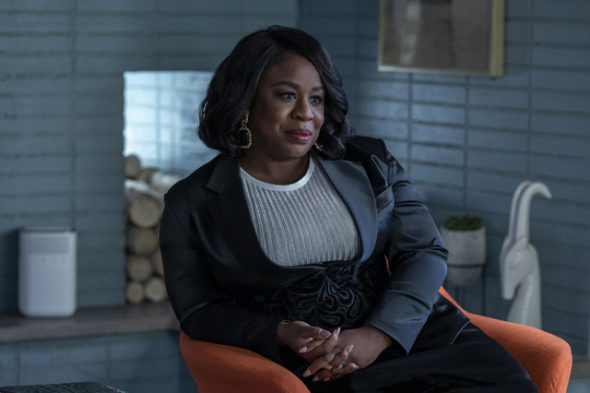 Dr. Taylor won’t be back for new sessions on HBO. The cable channel has “cancelled” the revival of In Treatment and there won’t be a fifth season. The fourth season aired in May and June of 2021.

The In Treatment TV show is a revival/reimagining of the 2008-10 drama series and it stars Uzo Aduba as Dr. Brooke Taylor, an observant and empathetic therapist. The season also stars Anthony Ramos, Liza Colón-Zayas, John Benjamin Hickey, Quintessa Swindell, and Joel Kinnaman. Set in present-day Los Angeles, the season brings diverse patients in session with Brooke to help navigate a variety of modern concerns. Issues such as the global pandemic and recent major social and cultural shifts are a backdrop to the work Brooke undertakes – all while she deals with complications in her own personal life.

The fourth season of In Treatment averaged a 0.03 rating in the 18-49 demographic and 125,000 viewers in the live+same day ratings (includes all DVR playback through 3:00 AM). The cable channel aired a pair of half-hour episodes on both Sunday and Monday nights for six weeks, focusing on the same patients in the same timeslots each week (ala a therapist’s weekly appointments).

Deadline reports that In Treatment won’t be returning for a fifth season. According to HBO and HBO Max Chief Content Officer Casey Bloys, the revival was only planned for one season during the COVID-19 pandemic.

Check out our status sheets to track new TV series pickups, renewals, and cancellations. You can find lists of cancelled shows here.
What do you think? Did you enjoy the revival of the In Treatment TV series? Are you disappointed that In Treatment won’t return for a fifth season on HBO?

So very disappointed that this lovely show will not be returning. After a 10 year absence it was wonderful to see this show back on TV. Please reconsider and renew this masterpiece.

Guess HBO Hell never got this show for whatever reason. I didn’t even know they brought it back.