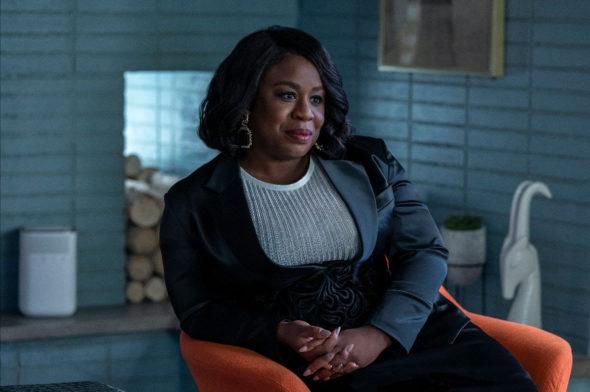 It’s time to go back to therapy. The revival of the HBO series In Treatment will arrive in May with Dr. Brooke Taylor (Uzo Aduba) doing all the listening. Others in the cast include Anthony Ramos, Liza Colón-Zayas, John Benjamin Hickey, Quintessa Swindell, and Joel Kinnaman.

This will be the fourth season of the In Treatment series. The original version, starring Gabriel Byrne, ran for three seasons starting in 2008.

HBO revealed more about the revival of In Treatment in a press release.

“The Emmy®-winning drama series IN TREATMENT returns for its fourth season this May on HBO and will be available to stream on HBO Max. Emmy® winner Uzo Aduba (Mrs. America, Orange is the New Black) will play the lead role of the therapist at the center of the season, as the observant, empathetic Dr. Brooke Taylor.

The reimagining of the series is set in present-day Los Angeles and brings a diverse trio of patients in session with Brooke to help navigate a variety of modern concerns. Issues such as the global pandemic and recent major social and cultural shifts are a backdrop to the work Brooke will undertake — all while she deals with complications in her own personal life.

IN TREATMENT also stars Anthony Ramos (Hamilton) as Eladio, who works as a home health aide for a wealthy family’s adult son; Liza Colón-Zayas (David Makes Man) as Rita, Brooke’s longtime confidant and friend who supports Brooke as she contends with her own demons after a life-altering loss; John Benjamin Hickey (Jessica Jones) as Colin, a charming millionaire beach bum turned white-collar criminal reckoning with all the ways his life has changed following his recent release from prison; Quintessa Swindell (Euphoria) as Laila, Brooke’s distrustful, teenage client, struggling to carve out her own identity separate from her family’s overbearing expectations; and Joel Kinnaman (For All Mankind) as Adam, Brooke’s long-time on-again, off-again boyfriend who has resurfaced to create further complexity for her.”

An exact date for the return of the drama has not been set.

What do you think? Do you plan to watch the return of the In Treatment TV show on HBO?

I enjoyed the first 3 seasons. I like the concept. This will be interesting.