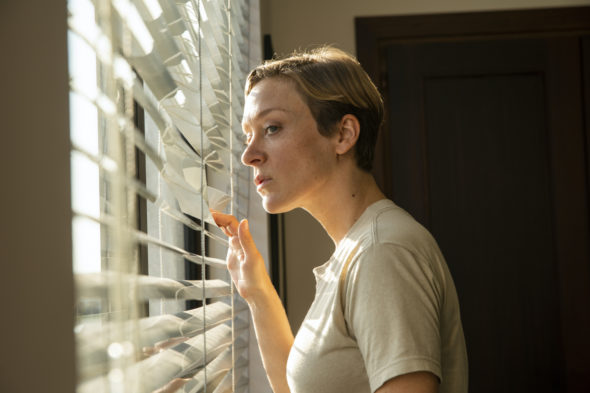 Can these young people find happiness in the first season of the We Are Who We Are TV show on HBO? As we all know, the Nielsen ratings typically play a big role in determining whether a TV show like We Are Who We Are is cancelled or renewed for season two (in this case, it appears to be a mini-series). Unfortunately, most of us do not live in Nielsen households. Because many viewers feel frustration when their viewing habits and opinions aren’t considered, we invite you to rate all of the first season episodes of We Are Who We Are here. Status Update Below.

An HBO dramatic series from Luca Guadagnino, We Are Who We Are stars Chloë Sevigny, Jack Dylan Grazer, Alice Braga, Jordan Kristine Seamón, Spence Moore II, Kid Cudi, Faith Alabi, Francesca Scorsese, Ben Taylor, Corey Knight, Tom Mercier, and Sebastiano Pigazzi. The story follows two American kids who live on a United States military base in Italy. The series explores friendship, first-love, identity, and all of the messy exhilaration and anguish of being a teenager. Shy and introverted, fourteen-year-old Fraser Wilson (Grazer) moves from New York to a military base in Veneto with his mothers, Sarah (Sevigny) and Maggie (Braga), who are both in the U.S. Army. Meanwhile, Caitlin Poythress (Seamón) is seemingly bold and confident. She’s lived with her family on the same base for several years and speaks Italian. Compared to her older brother Danny (Moore II), Caitlin has a closer relationship with their father, Richard (Cudi), and does not communicate well with her mother Jenny (Alabi).

What do you think? Which season one episodes of the We Are Who We Are TV series do you rate as wonderful, terrible, or somewhere between? Do you think that We Are Who We Are should be renewed for a second season on HBO? Don’t forget to vote, and share your thoughts, below.

We Are Who We Are is an important series that explores the intricacies of sexuality. In my opinion, it’s not only intriguing but is of extreme need in our current society. Let’s at least see a second season. Please.