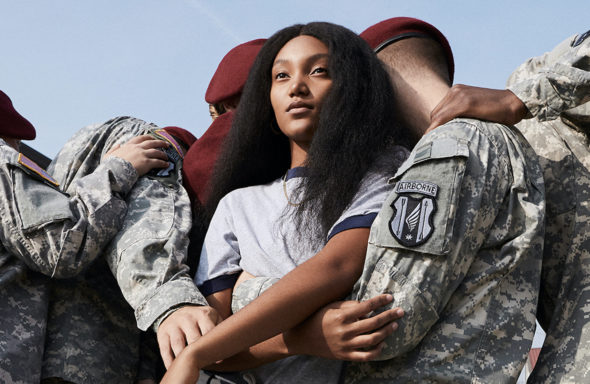 Is there more story to tell? Has the We Are Who We Are TV show been cancelled or renewed for a second season on HBO? The television vulture is watching all the latest cancellation and renewal news, so this page is the place to track the status of We Are Who We Are, season two. Bookmark it, or subscribe for the latest updates. Remember, the television vulture is watching your shows. Are you?

Airing on the HBO cable channel, We Are Who We Are stars Chloë Sevigny, Jack Dylan Grazer, Alice Braga, Jordan Kristine Seamón, Spence Moore II, Kid Cudi, Faith Alabi, Francesca Scorsese, Ben Taylor, Corey Knight, Tom Mercier, and Sebastiano Pigazzi. The story follows two American kids who live on a United States military base in Italy. The series explores friendship, first-love, identity, and all of the messy exhilaration and anguish of being a teenager. Shy and introverted, fourteen-year-old Fraser Wilson (Grazer) moves from New York to a military base in Veneto with his mothers, Sarah (Sevigny) and Maggie (Braga), who are both in the U.S. Army. Meanwhile, Caitlin Poythress (Seamón) is seemingly bold and confident. She’s lived with her family on the same base for several years and speaks Italian. Compared to her older brother Danny (Moore II), Caitlin has a closer relationship with their father, Richard (Cudi), and does not communicate well with her mother Jenny (Alabi).

Will HBO cancel or renew We Are Who We Are for season two? This series did very poorly in the ratings and attracts little attention. I don’t think we’ll see a second season. I’ll update this page with breaking developments. Subscribe for free alerts on We Are Who We Are cancellation or renewal news.

We Are Who We Are Cancellation & Renewal Related Links

What do you think? Do you hope the We Are Who We Are TV show will be renewed for a second season? How would you feel if HBO cancelled this TV series, instead?

I hope they decide to make another season of this show