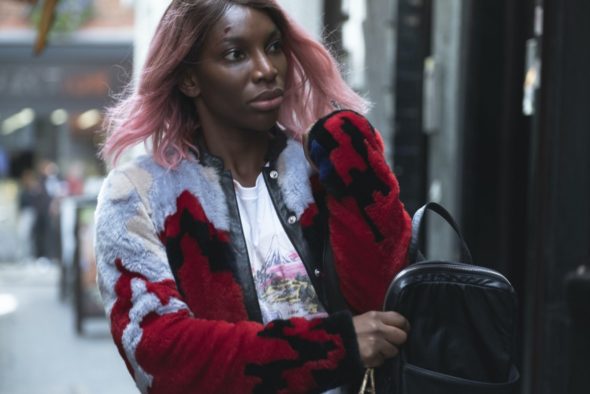 Will Arabella discover what really happened that night? Has the I May Destroy You TV show been cancelled or renewed for a second season on HBO and BBC One? The television vulture is watching all the latest cancellation and renewal news, so this page is the place to track the status of I May Destroy You, season two. Bookmark it, or subscribe for the latest updates. Remember, the television vulture is watching your shows. Are you?

Airing on the HBO cable channel in the United States and on BBC One in the U.K., the I May Destroy You TV show was created by its star, Michaela Coel. The series also stars Weruche Opia, Paapa Essiedu, Marouane Zotti, Aml Ameen, Adam James, Sarah Niles, Ann Akin, Harriet Webb, Ellie James, Franc Ashman, Karan Gill, Natalie Walter, and Samson Ajewole. The story is set in London and follows Arabella (Coel), a carefree, self-assured Londoner with a group of great friends, a boyfriend in Italy, and a burgeoning writing career. Arabella’s first book, Chronicles of a Fed-Up Millennial, was drawn from her Twitter posts and she’s desperately trying to come up with an idea as her deadline fast approaches. She decides to avoid her agent’s calls and goes out for a drink with a friend. Her drink is spiked with a date-rape drug, and she wakes up with gaps in her memory about what happened.

Will HBO and BBC One cancel or renew I May Destroy You for season two? It seems like this series will come to a natural conclusion by the 12th episode. Also, the ratings are quite low so, I’m not expecting to see a second season renewal. I’ll update this page with breaking developments. Subscribe for free alerts on I May Destroy You cancellation or renewal news.

I May Destroy You Cancellation & Renewal Related Links

What do you think? Were you hoping the I May Destroy You TV show would be renewed for a second season? How do you feel that HBO and BBC One cancelled this TV series, instead?