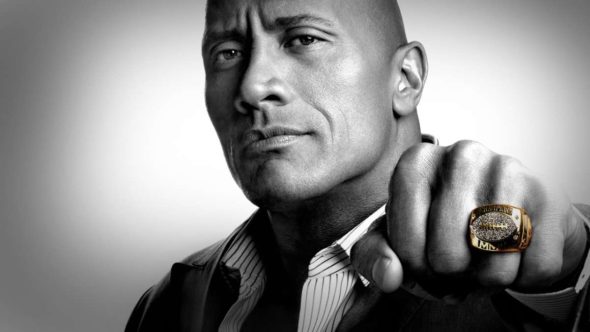 Is Spencer Strasmore still getting the job done? Has the Ballers TV show been cancelled or renewed for a sixth season on HBO? The television vulture is watching all the latest cancellation and renewal news, so this page is the place to track the status of Ballers season six. Bookmark it, or subscribe for the latest updates. Remember, the television vulture is watching your shows. Are you?

An HBO comedy-drama, Ballers stars Dwayne Johnson, Rob Corddry, John David Washington, Omar Benson Miller, Donovan Carter, Troy Garity, London Brown, and Brittany S. Hall. The series follows former superstar Spencer Strasmore (Johnson), who has re-invented himself as a financial adviser for both young phenoms and veteran superstars. Spencer’s role in his clients’ lives far exceeds money management as he struggles to help them navigate the many pitfalls that come with life in the spotlight.

The fifth season of Ballers averaged a 0.18 rating in the 18-49 demographic and 493,000 viewers. Compared to season four, that’s down by 46% and 41%, respectively. Learn how Ballers stacks up against the other HBO TV shows.

Prior to the start of this season, it was announced that year five will end the series so there won’t be a sixth season — at least for now. I’ll still keep a hungry eye on the Nielsens and update this page with any breaking developments. Subscribe for free Ballers cancellation or renewal alerts.

What do you think? Should the Ballers TV show be renewed for season six? How would you feel if HBO cancelled this TV series, instead?

One of my favourite shows. Would love for it to continue and be brought to more platforms such as Netflix or prime.

You need to bring Ballers back ASAP. It was the best show on HBO It just kept getting better.

I can not believe that U would consider canceling Ballers . I am a women an I think this is the greatest series on television . It needs to be renewed for another season it got better every season . There is still a lot more than can be done with the series

Ballers is definitely one of my favorite all time shows hopefully it’ll return because I love the whole ASM crew.

For sure needs to be renewed but maybe not hbo. It would do so much better on a different channel.

The show should be renewed! It spoke ro the truth of the game and needs to continue to let the youth understand the BUSINESS that they are entering as well as the parents. The checks might look good, but your health and finances need to be on point!

Ballers is one of the best , intense series in todays life. Its speaking up about things that happens daily. For this show to stop would really be a lack of commitment especially of how it ended with a brilliant season 5. The action doesnt stop. And although Spencer makes bad decisions he always do wht is right. By the players his friends an family. Me personally wouldn’t want this show to end ever because most of us can learn a thing or to. Money aint everything , life is and doing right by the people beside you.

I love Ballers. So disappointed that its been canceled. This is the only reason I kept HBO. So guess I cancel it with the end of Ballers.

I personally enjoyed the series, and would be interested in the renewal of Series 6. Ballers is one of the better series on television. Please renew series.

SEASON 6… THIS IS A GREAT SHOW…

I love the show Ballers its dramatic with very good actors….please continue the series…love you Dwayne Johnson!!!!!