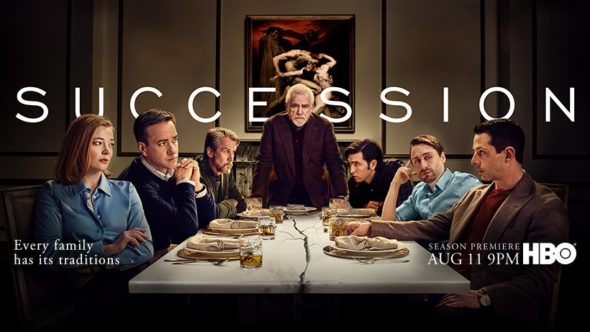 In its first season on HBO, the Succession TV show ranked in about the middle of the pack, ratings-wise. Now that the satirical series is back for its second season, can it build on its relatively low numbers in the Nielsen ratings race and earn itself another pickup, or is this the end of the Roy line? Will Succession be cancelled or renewed for season three? Stay tuned. *Status update below.

What do you think? Do you like the Succession TV series? Should this HBO TV show be cancelled or renewed for a third season?