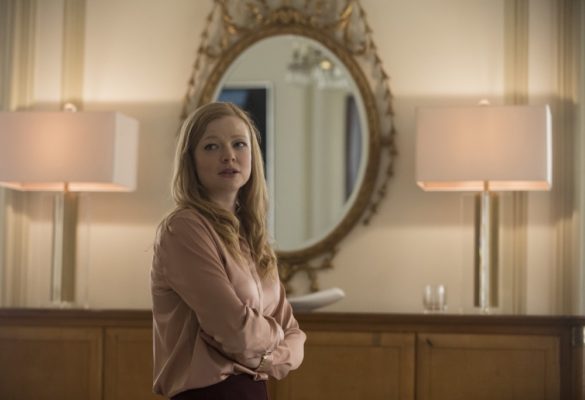 What has become of the Roy family? Is the Succession TV show cancelled or renewed for a second season on HBO? The television vulture is watching all the latest cancellation and renewal news, so this page is the place to track the status of Succession season two. Bookmark it, or subscribe for the latest updates. Remember, the television vulture is watching your shows. Are you?

An HBO drama from creator Jesse Armstrong, Succession stars Brian Cox, Jeremy Strong, Hiam Abbass, Sarah Snook, Kieran Culkin, Alan Ruck, Nicholas Braun, Matthew Macfadyen, Natalie Gold, Peter Friedman, and Rob Yang. Unfolding in New York,  Succession follows the Roy family, which controls the Waystar Royco media conglomerate. Since patriarch Logan (Cox) is turning 80, the rest of the family is preparing for him to step aside. Logan, however, doesn’t intend to step down. Instead, he unveils his new plan to choose his successor, which throws the whole clan for a loop.

The first season of Succession averaged a 0.17 rating in the 18-49 demographic and 603,000 viewers. Learn how Succession stacks up against the other HBO TV shows.

Although Succession premiered with low numbers, it is still too early to use the ratings to predict whether HBO will cancel or renew Succession for season two. For now, I’ll keep a hungry eye on the Nielsens and update this page with breaking developments. Subscribe for free Succession cancellation or renewal alerts.

What do you think? Are you glad that the Succession TV show has been renewed for a second season? How would you feel if HBO had cancelled this TV series, instead?