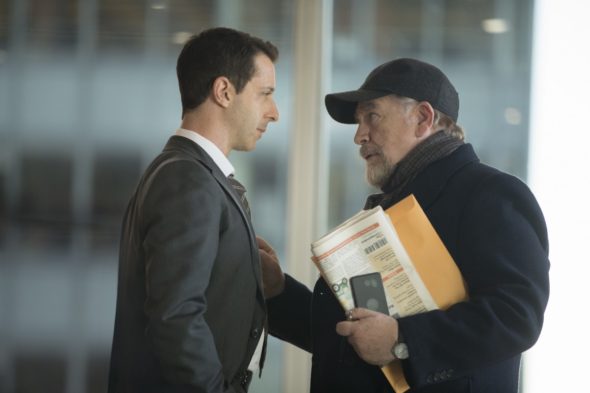 Does the Waystar Royco stock rise in your eyes, during the first season of the Succession TV show on HBO? As we all know, the Nielsen ratings typically play a big role in determining whether a TV show like Succession is cancelled or renewed for season two. Unfortunately, most of us do not live in Nielsen households. Because many viewers feel frustration when their viewing habits and opinions aren’t considered, we’d like to offer you the chance to rate all of the Succession season one episodes here.

An HBO drama from creator Jesse Armstrong, Succession stars Brian Cox, Jeremy Strong, Hiam Abbass, Sarah Snook, Kieran Culkin, Alan Ruck, Nicholas Braun, Matthew Macfadyen, Natalie Gold, Peter Friedman, and Rob Yang. Unfolding in New York, Succession follows the Roy family, which controls the Waystar Royco media conglomerate. Since patriarch Logan (Cox) is turning 80, the rest of the family is preparing for him to step aside. Logan, however, doesn’t intend to step down. Instead, he unveils his new plan to choose his successor, which throws the whole clan for a loop.

What do you think? Which season one episodes of the Succession TV series do you rate as wonderful, terrible, or somewhere between? Should HBO cancel or renew Succession for a second season? Don’t forget to vote, and share your thoughts, below.

Absolute class. Brilliant series that we watched in a matter of days. Really cannot wait for series 2 – fantastic entertainment from clearly a very talented team. A big thumbs up from the UK!

I have NEVER been more glued to my television until SUCCESSION came on – I LOVE this series so much! It makes me want to jump into the screen and be a part of all the drama! Can’t wait for Season 2. Beautiful Work HBO. Aloha from a HUGE fan in Hawai’i…