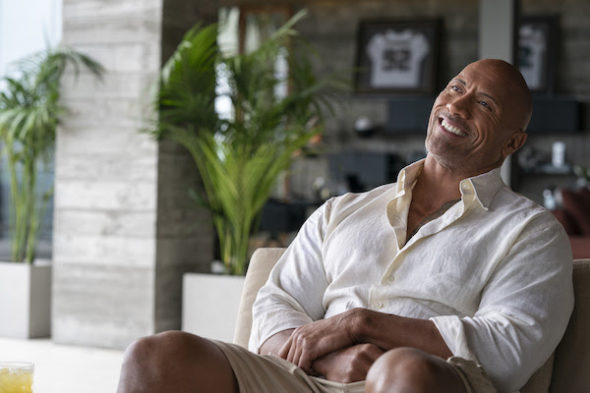 It will soon be “game over” for HBO’s Ballers TV show. It’s been announced that the comedy series will end with its fifth season, which debuts this Sunday, August 25th, at 10:30 PM.

Star Dwayne Johnson addressed the news in a video post, thanking the show’s fans for their support. He also wrote, “My heart is full of gratitude to all of you for rockin’ with us every season. You made us HBO’s highest rated comedy for years and most importantly, you helped create and sustain a platform for other actors to have the OPPORTUNITY to work hard, grow and become household names. To me, the opportunity Ballers created for so many others, is the real gold of our show. I love you, I thank you and enjoy our final season of BALLERS. This SUNDAY on @HBO.”

Exploring the glamorous, often cutthroat, world of pro football through a group of past and present players striving to stay in the game, BALLERS stars Dwayne Johnson as ex-superstar Spencer Strasmore, who has reinvented himself as a financial manager for today’s players. Created by Stephen Levinson (HBO’s “Boardwalk Empire”) who also serves as showrunner, the hit comedy series returns for its eight-episode fifth and final season SUNDAY, AUG. 25 (10:30-11:03 p.m. ET/PT), exclusively on HBO.

This season finds Spencer (Johnson) settling into retirement and reflecting on his past, when an offer that’s too good to refuse comes his way and sends him back into the lion’s den, this time as a team owner. In the wake of his split with Spencer, an ambitious Joe (Rob Corddry) gambles aggressively to make Sports X greater than ever with the help of his new partner, Lance (Russell Brand). Meanwhile, Ricky (John David Washington) has a startling setback that forces him to consider a new kind of future and tests his physical, mental and emotional resolve; Charles (Omar Miller) learns that being a general manager means getting your hands dirty; Vernon (Donovan W. Carter) shifts his focus to his love of professional gaming despite Reggie’s (London Brown) wariness; and Jason (Troy Garity) decides to take his career to the next level.

What do you think? Do you like the Ballers TV show? Are you sorry to hear that there won’t be a sixth season of this HBO series?

This has been one of my favorite shows in a very long time and I hate to see it go…Thanks Everyone for such a great show!!!

I’ll miss the series it was really good. This recent years shows haven’t been the greatest. There’s been too many holes in the story jumping from one point to another point in making enemies within the cast members that used to be close friends. It’s lost its focus. No wonder it’s ending Johnson have too many other projects going on to continue the show. Too bad because he did really good job on the show; I’m really sad to end this.But again Johnson just got married he has others live shows going on etc. can you blame him know. But… Read more »

This season is really bad. Just the exact same recycled stories. Her couldn’t move the Raiders to Vegas so now he’s buying the Chiefs. Amazing he’s made enough money managing people’s money for 4 years to buy a football team. Sounds like a Ponzi scheme.

I used to like the show until they used the N word too frequently, then I stopped watching it.

This Sucks! My Wife & I both really enjoy this show were not happy to hear it wasn’t coming back for a 6th Season. My first question was Why? It’s a successful series for HBO so Why is it not coming back

Great show. It should stay. Your fans would appreciate it Mr. Johnson.