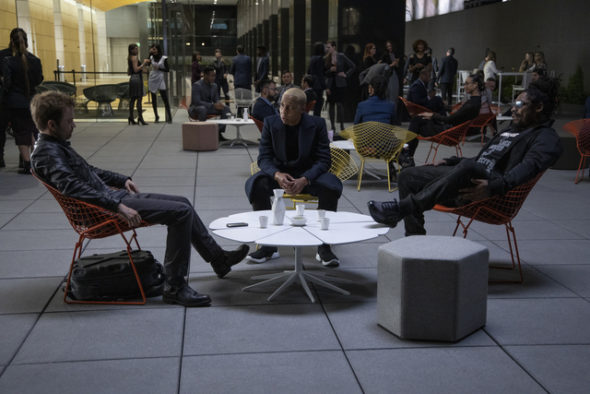 Is the world ready for a new life form? Has the Westworld TV show been cancelled or renewed for a fourth season on HBO? The television vulture is watching all the latest cancellation and renewal news, so this page is the place to track the status of Westworld, season four. Bookmark it, or subscribe for the latest updates. Remember, the television vulture is watching your shows. Are you?

The third season of Westworld averaged a 0.23 rating in the 18-49 demographic and 812,000 viewers. Compared to season two, that’s down by 62% in the demo and down by 48% in viewership. Find out how Westworld stacks up against other HBO TV shows.

Will HBO cancel or renew Westworld for season four? This series has remained one of HBO’s highest-rated and most talked-about shows. I have no doubt that it will be renewed, as long as series creators Jonathan Nolan and Lisa Joy want to make season four. I’ll update this page with breaking developments. Subscribe for free alerts on Westworld cancellation or renewal news.

4/24/20 update: Westworld has been renewed for a fourth season.

What do you think? Are you glad the Westworld TV show has been renewed for a fourth season? How would you feel if HBO had cancelled this TV series, instead?

Westworld Season 3 was NOT Westworld as we knew it. I quit watching after the first episode.