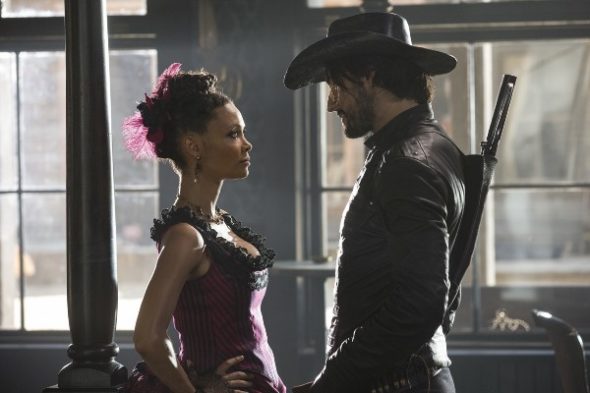 Season two of Westworld just premiered, but Newton says season three contract negotiations are already happening. And while HBO has not officially announced a season three renewal, Newton says when the season happens, she’ll receive the same amount of pay as her male co-stars:

They’re all happening right now, and yeah, we’re all equal across the board. It’s really exciting. It’s unprecedented. It’s—goodness; it shatters so much calcified pain, resentment, frustration. It just shatters it.”

What do you think? Do you watch Westworld? Would you watch a third season?

I think that great that Thandie will be getting equal pay.. it’s somsad that we are excited about this,it’s somethimg that should have been happening for years. It shows you how far behind we really are.

She didn’t receive equal pay because she has absolutely no name value. Ask 100 people who Thandie Newton is and 99 will have no idea. Ed Harris, on the other hand, is practically a household name. Who doesn’t know Anthony Hopkins? Heck, James Marsden is far better known.

Now that she’s one of the two main characters to stick around, it makes sense to pay her more. All of the bigger characters are on less and less or off the show altogether. This isn’t about progress, it’s about common sense.