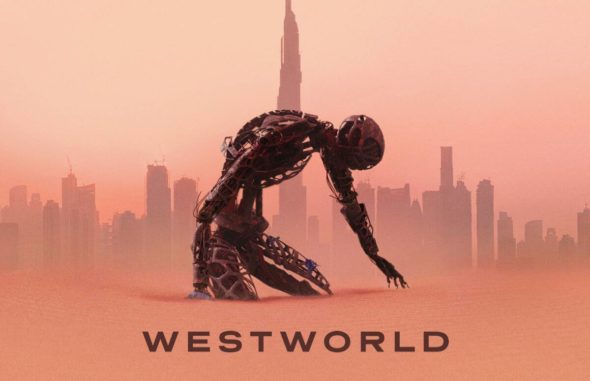 Debuting in 2016, Westworld emerged as one of HBO’s highest-rated and talked-about series. But, there’s been a 21-month gap between the end of season two and the start of season three. Will that long absence help or hinder this show’s ratings? Will Westworld be cancelled or renewed for season four? Stay tuned. *Status update below.

For comparisons: Season two of Westworld on HBO averaged a 0.61 rating in the 18-49 demographic and 1.57 million viewers.

What do you think? Do you like the Westworld TV series on HBO? Should it be cancelled or renewed for a fourth season?

*4/24/20 update: Westworld has been renewed for a fourth season.

Terrible it not as good as movies

First season was a breakthrough, the story arc, the subtle meaning, character development, finale – all just amazing. Second season was underwhelming, boring, annoying at times. Third season was pure garbage, I had to hatewatch almost every episode, my ass was burning because of this awful writing, dumbest plot and absolutely plain characters, and wooden acting of evan rachel, who’s character was plowing through this embarrassment as a most generic mary sue there is. I’m happy that viewership has dropped so much, that many people are not entertained by this garbage. I hope 4th season will not happen, even if… Read more »

Season 1 Ace. Season 2, almost as ACE but some spectacular episodes like to focus on Akecheta. Season 3 not lived up to expectations but episodes 1 and 4 have been awesome. Great insight into what the world could look like with too much tech. The sheer scope of the WW project should keep it going. So many worlds we can visit, futures, simulations. Acting is excellent, script is excellent, really hope we keep going even if a little below par ATM.

I am really disappointed in the season. There is no compelling reason why Maeve should allow herself to be manipulated. Although, in fairness, my expectations were low. Maeve, unfortunately, does what she does best: she always dies. Unless she becomes like Peter in Heroes, she’s not going to defeat Dolores. The plotline is rather pathetic. The networks really need to stop f’n around with these long hiatuses or windows. They are losing viewers and the old attitude of keeping viewers engaged and in suspense isn’t working. In our society, we have very limited attention spans. Those who frequently follow-through and… Read more »

I’m in awe of how GOOD season 3 is, especially episode 4. Absolutely brilliant.

After a fantastic season 1, season 2 came as an over complicated mess with a cartoonish ending. The writing became a complete joke

Most ratings fall, but this one is eroding fast. This is what happens when you take 2 year breaks in between seasons and think that TV shows function the same as movies.

I agree, however it doesn’t seem like the big networks or cable channels get the message. Last year a few people commented on Reddit how such long gaps would result in fewer viewers. The radicals all defended the writers and more saying they need such a long hiatus for special effects and CGI. You’ll have people grasping at straws to defend their senseless or illogical obsessions and loyalties.

I disagree season 1 and 2 also had a 2 year break in between seasons and the drop off was nowhere near this big, I think the show dipped in quality and went from being a niche philosophical sifi show into just another generic action focused sifi show with nothing to make it stand out

Season 2 almost lost me, but season 3 has so far been better than season 1, I hope people haven’t given up on it, as it would be a shame if season 2 killed the entire series.

I gave up after season 1, got bored of some eps which were the same.
And keep repeating and repeating.

Just don’t try sharing your opinion on Reddit, they’ll eat you up alive and downvote you so fast you won’t have any karma points left.