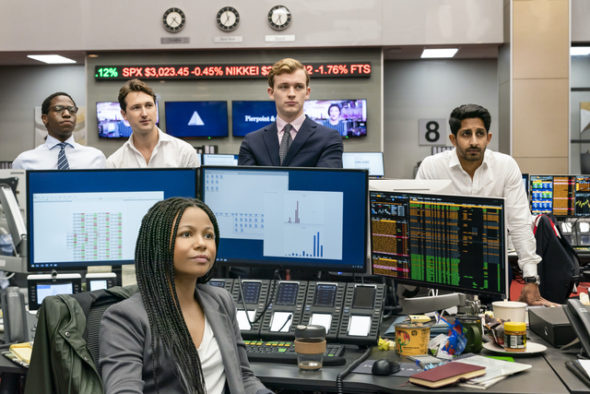 The graduates will continue to climb the corporate ladder. HBO has renewed the Industry TV show for a second season.

A British drama series, the Industry TV show stars Myha’la Herrold, Marisa Abela, Harry Lawtey, David Jonsson, Nabhaan Rizwan, Freya Mavor, Will Tudor, Conor MacNeill, and Ken Leung. The story revolves around a group of young graduates who are competing for a limited number of permanent positions at a prestigious London investment bank. The five young graduates hoping to work at Pierpoint & Co. are hungry American outsider Harper Stern (Herrold), party-boy Robert Spearing (Lawtey), privileged Yasmin Kara-Hanani (Abela), Hari Dhar (NRizwan), and Augustus ‘Gus’ Sackey (Jonsson), a graduate of Eton and Oxford. As members of the group rise and fall, they must decide if life is as simple as the bottom line.

Airing on Monday nights on HBO, the first season of Industry averages a 0.03 rating in the 18-49 demographic and 113,000 viewers. The cable channel released several episodes of the eight-episode season on HBO Max weeks early so that move may in part be responsible for the low traditional ratings.

HBO has renewed the drama series INDUSTRY for a second season, it was announced today by Francesca Orsi, Executive Vice President, HBO Programming.

“Mickey and Konrad have captured an authentic, fresh angle on workplace culture from the bottom up and presented a complex look at navigating life in your early twenties – replete with thrills, failures and victories,” says Orsi. “It’s exciting to see fans embrace these young graduates, and we join them in anticipation of what’s in store for season two. We also send a big thanks to our partners at Bad Wolf and BBC.”

From first-time creators Mickey Down and Konrad Kay, INDUSTRY, which kicked off its eight-episode first season November 9, follows a group of young graduates competing for a limited number of permanent positions at a leading international bank in London.

Starring Myha’la Herrold (“The Tattooed Heart”), Marisa Abela (“Cobra”), Harry Lawtey (“City of Tiny Lights”), David Jonsson (“Deep State”) and Nabhaan Rizwan (“Mogul Mowgli”) as “The Graduates” and Conor MacNeill (“Artemis Fowl”), Freya Mavor (“Skins”), Will Tudor (HBO’s “Game of Thrones”) and Ken Leung (HBO’s “High Maintenance”) as “Management,” INDUSTRY gives an insider’s view of the blackbox of “high finance” through the eyes of an outsider, Harper Stern (Herrold), a talented young woman from upstate New York. Following a group of young grads fueled by ambition, youth, romance and drugs, the series examines issues of gender, race, class, and privilege in the workplace as these impressionable young minds begin to forge their identities within the pressure cooker environment and sensory blitz of Pierpoint & Co’s trading floor, where meritocracy is promised but hierarchy is king.

Wall Street Journal noted that INDUSTRY presents “a world that’s thoroughly believable, frequently appalling and fully enthralling,” while Hollywood Reporter praised the series as “steamy escapism.” TIME called it “smart and contemporary… a ‘Working Girl’ for a new generation,” citing that “Down and Kay add to the verisimilitude with dialogue that feels both cerebral and…realistic,” and NPR crowned Harper Stern “the most fascinating character on TV right now.”

INDUSTRY concludes its eight-episode first season with the final two episodes airing back-to-back MONDAY, DECEMBER 21 at 10:00 p.m. and 11:00 p.m. ET/PT on HBO. All eight episodes are currently available to stream on HBO Max. Most HBO subscribers in the U.S. have access to HBO Max as part of their HBO subscription and can visit HBOMax.com for more details.

What do you think? Do you enjoy the Industry TV series? Are you looking forward to watching season two on HBO?

Loved the Industry Series. I thought it was airing last month.

Please BBC show season 2 of Industry when it is available, it is brilliant, love it, just excellent viewing. Please!