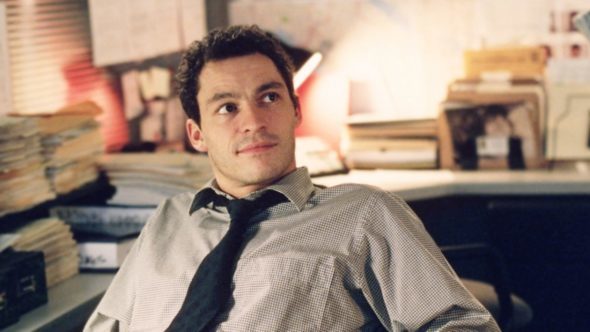 The Wire aired for five seasons on HBO, and fans of the series were almost given more. Dominic West, one of the stars of the series revealed that there was once plans to create a prequel film for the series. The series aired between 2002 and 2007.

West revealed the following in an interview with Empire about the HBO series:

“We were talking about maybe [making] a movie of The Wire for a while. [Series creator David Simon] said it would have to be a prequel, but we were all looking a little long in the tooth.”

The plans for the prequel film would have been “a crime story set in New Orleans that was not a Wire film, but would feature the entire Wire cast.”

No other details were given. West’s full interview can be found in the latest issue of Empire.

What do you think? Were you a fan of The Wire? Would you have wanted to see more?

With basically every rapper being gay these day’s The Wire was not only ahead of it’s time but a precursor to the gay pranksters on social media. In all seriousness The Wire was & still is the greatest tv show in history & not even Breaking Bad could match it’s gritty reality. I truly believe The Wire was so beloved bcuz in some way or another there was always a character that anyone could relate to

I would definitely want more WIRE. It was an amazing show. It’s cyclical storylines – the more things change, the more they remain the same- lends itself to a continuing series told from different urban life perspectives. Brilliant as David Simon is, he is wrong to consider a prequel set in New Orleans. The WIRE is as much a story of Baltimore as of individual characters. Last summer I visited Baltimore and toured the WIRE sites. What shouted out to me is that in 20 years nothing has changed in the neighborhoods where the WIRE was located/filmed. Residents I met… Read more »

I was definitely a fan of the Wire and even if it was staged in New Orleans and the characters were a lot older, I would still watch for nostalgic purposes if nothing else. I loved that show and still binge watch the series once a year. Kudos to those actors and actresses and kudos to the directors. Many of those actors and actresses are in heavy rotation in Hollywood today and that’sa beautiful thing to me.

He shoulda considered never canceling the deuce! You had a great show going on and gave up on it. Meanwhile you got BS shows like high maintenance that’s running for seasons and seasons it’s BS!

I’m still waiting for its return. c’mon HBO,bring it back.

Yeah definitely should bring it back to the scene four star, two thumbs up series!!!! So True!