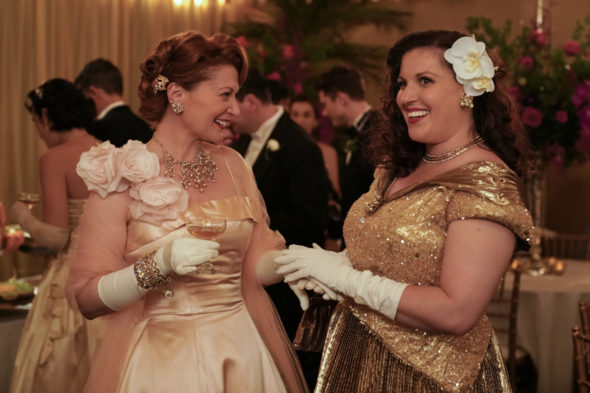 A darkly comedic drama from Marc Cherry on Paramount+, season two of Why Women Kill stars Allison Tolman, Lana Parilla, B.K. Cannon, Jordane Christie, Matthew Daddario, Veronica Falcón, and Nick Frost. The second season’s story takes place in 1949 and explores what it means to be beautiful, the hidden truth behind the facades people present to the world, the effects of being ignored and overlooked by society, and finally, the lengths one woman will go in order to finally belong.

What do you think? Which season two episodes of the Why Women Kill TV series do you rate as wonderful, terrible, or somewhere between? Do you think that Why Women Kill on Paramount+ should be cancelled or renewed for a third season? Don’t forget to vote, and share your thoughts, below.