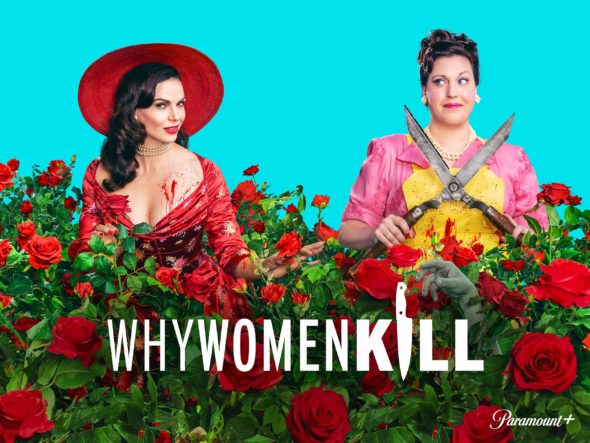 Paramount+ has changed its mind. The streaming service has cancelled the Why Women Kill TV series despite having renewed the show for a third season back in December. The show ends its run with a tally of 20 episodes.

Created by Marc Cherry (Desperate Housewives), the Why Women Kill TV series debuted in August 2019 on CBS All Access, the predecessor of Paramount+. The first season stars Lucy Liu, Ginnifer Goodwin, Kirby Howell-Baptiste, Jack Davenport, Sam Jaeger, Reid Scott, Alexandra Daddario, Sadie Calvano, Leo Howard, Alicia Coppola, and Katie Finneran. The story centers on three women, each from a different decade, who live in the same Pasadena mansion.  While they all have different lives, they also all deal with infidelity in their marriages.

The second season of the darkly comedic drama launched in June 2021 and stars Allison Tolman, Lana Parilla, B.K. Cannon, Jordane Christie, Matthew Daddario, Veronica Falcón, and Nick Frost. The story takes place in 1949 and explores what it means to be beautiful, the hidden truth behind the facades people present to the world, the effects of being ignored and overlooked by society, and finally, the lengths one woman will go in order to finally belong.

“Paramount+ has made the difficult decision not to move forward with season three of Why Women Kill,” a Paramount+ spokesperson said in a statement to Variety. “We would like to thank our partners at CBS Studios and Imagine Television Studios, the amazing creator and showrunner Marc Cherry, and the incredible writers, cast, and crew for two memorable seasons.”

What do you think? Have you watched the Why Women Kill TV series on the Paramount+ streaming service? Are you disappointed that the show has been cancelled and won’t have a third season after all?

Very disappointed to say the least

Seriously? WOW JUST WOW another great show down the tubes. Not impressed that they have taken back their decision to have a season 3. Obviously the viewers opinions clearly do not count!