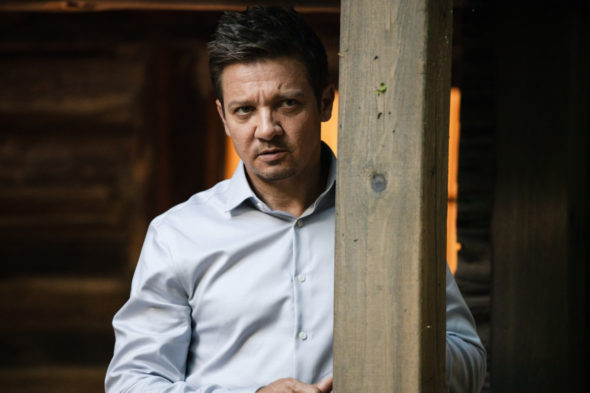 Mike McLusky is staying in business. Mayor of Kingstown has been renewed for a second season on the Paramount+ streaming service. The series launched in November 2021 and the 10th and final episode of the season aired on January 9th.

A crime thriller series, the Mayor of Kingstown TV show stars Jeremy Renner, Dianne Wiest, Hugh Dillon, Taylor Handley, Emma Laird, Tobi Bamtefa, Derek Webster, Pha’rez Lass, Aidan Gillen, Hamish Allan-Headley, and Kyle Chandler. The story follows the McLusky family, power brokers in Kingstown, Michigan, where the business of incarceration is the only thriving industry. There are seven prisons within a 10-mile radius and Mike McLusky (Renner) is at the center of the action. He’s a conduit between the incarcerated and the outside world. He works with the city’s unofficial Mayor, aka his well-connected brother and business partner, Mitch (Chandler). Their younger brother, Kyle (Handley), is a police detective. Their mother, Mariam (Wiest), teaches inmates and is not happy with her sons’ business.

Feb. 1, 2022 – Paramount+, the streaming service from ViacomCBS, today announced that the hit series MAYOR OF KINGSTOWN, produced by MTV Entertainment Studios and 101 Studios, will be renewed for a second season. The original drama series, hailing from YELLOWSTONE co-creator and Academy Award® nominee Taylor Sheridan and Hugh Dillon, is the service’s second-most-watched original series.

MAYOR OF KINGSTOWN follows the McLusky family, power brokers in Kingstown, Mich., where the business of incarceration is the only thriving industry. Tackling themes of systemic racism, corruption and inequality, the series provides a stark look at their attempt to bring order and justice to a town that has neither.

“With MAYOR OF KINGSTOWN, Taylor Sheridan and Hugh Dillon offer a nuanced portrayal of the United States’ harsh prison system,” said Tanya Giles, Chief Programming Officer, ViacomCBS Streaming. “The stellar crew and cast, including Jeremy Renner and Dianne Wiest, delivered a thought-provoking, intense drama that kept audiences captivated and yearning for more. We are thrilled to be the home of the expanding Taylor Sheridan universe, and we look forward to bringing fans back to Kingstown next season.”

“MAYOR OF KINGSTOWN is such an important project that offers a comprehensive look into the brutal prison system, and I am thrilled to continue the journey with Taylor and team for season two,” said Antoine Fuqua, executive producer. “Thank you to our partners at Paramount+, 101 Studios and MTV Entertainment Studios for believing in us to further explore this story.”

“We are thrilled that shows like MAYOR OF KINGSTOWN – original stories with layered characters and important themes – are able to thrive on Paramount+,” said executive producer David C. Glasser. “We can’t wait to delve back into the lives of the McLusky family for season two.”

As part of Sheridan’s deal with MTV Entertainment Studios and ViacomCBS, MAYOR OF KINGSTOWN and 1883 – the YELLOWSTONE origin story currently streaming exclusively on Paramount+ – are the first from his exclusive multi-year pact, which includes scripted and procedural series for streaming and linear.

A premiere date and additional details about season two are expected to be released at a later time.

What do you think? Have you watched the Mayor of Kingstown TV series on Paramount+? Are you glad that this crime drama has been renewed for a second season?

I’m so happy Mayor of Kingstown has been renewed. Can’t wait to see season 2

Mayor of Kingstown is a awesome series, I love and my new favorite!! Please please please renew for season 2 and beyond! ♥️

Ferocious the McCluskey’s are involved in a serious game of cat and mouse with many people!

Love it. So excited for season 2