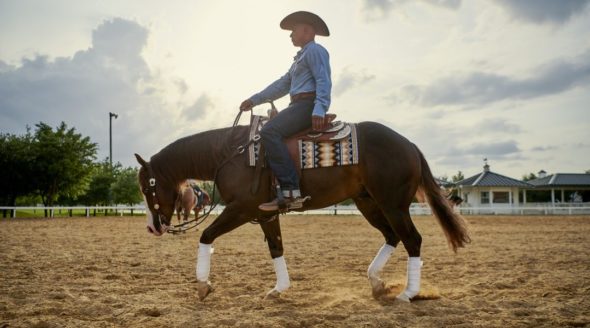 Paramount is keeping Taylor Sheridan around. The network has renewed his unscripted series, The Last Cowboy, and ordered Mayor of Kingstown to series. This is all happening as his other scripted series on the network, Yellowstone, is getting ready for its third season.

Paramount Network revealed the following about Mayor of Kingstown in a press release:

As for The Last Cowboy, Paramount Network was excited by the series’ performance during its first season. The network said the following about its renewal.

“Furthering Paramount Network’s relationship with Sheridan, the brand ordered a second season of unscripted hit series The Last Cowboy. The six, one-hour episodes will chronicle the lives of men and women who compete on the regular reining circuit, a western-based competition where riders guide horses through a precise pattern of circles, spins and stops. These horsemen are determined to elevate and preserve the cowboy tradition as they train and engage in the exclusive ultra-competitive sport. The series premiere delivered 801,000 total viewers with L+3 playback, making it Paramount Network’s most-watched unscripted series premiere since Ink Master: Redemption in September 2015.”

What do you think? Are you a fan of Taylor Sheridan’s work? Will you watch season two of The Last Cowboy? Is Mayor of Kingstown getting added to your watch list?