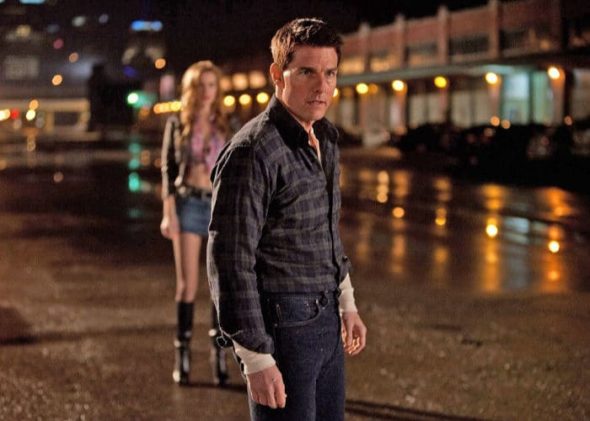 Get ready to go back to the world of Jack Reacher on Amazon. A series is being created based on the Lee Childs novels for Amazon. Nick Santora will act as showrunner and executive producer for the new series. On the big screen, Tom Cruise appeared as Reacher.

Prime Video revealed more about the new Jack Reacher series in a press release. Check that out below.

“Produced by Amazon Studios, Skydance Television and Paramount Television Studios, the television series will be written by Nick Santora (Scorpion, Prison Break), who will also executive produce and serve as showrunner for the series. The first season will be based on the first Jack Reacher novel, “The Killing Floor.”

“Lee Child has created an incredible character and world; it will be the goal of every writer, producer, actor, executive and crew member to capture the essence of Mr. Child’s books – and luckily Lee has been there, and will continue to be there, to help guide us along the way in this series. He is the pulse of Reacher,” said Santora.

“It’s been great so far, but really, the fun starts here. By now I know these guys, and Reacher is in the perfect hands, believe me,” said Child.

“Lee Child’s Jack Reacher books series is a global phenomenon with one of entertainment’s most well-known heroes, and a perfect fit for Amazon Studios’ slate of bold, character-driven series,” said Jennifer Salke, Head of Amazon Studios. “We look forward to expanding the of the Jack Reacher universe and bringing more thrilling action to our Amazon Prime Video audience.”

What do you think? Did you watch Jack Reacher on the big screen? Will you watch the series on Amazon?

I think Jason Momoa would be perfect as Jack Reacher. I love the novel series! Either he or Chris Hemsworth!

I am very excited to learn about the Jack Reacher series for Amazon. He’s a fascinating character with a lot of paths for good writers to take him.

I’m a big Lee Child “Jack Reacher” fan and I felt that Tom cruise did a good job but with that said he just didn’t fit the roll. I’m excited to see what Amazon has in store for this. In this humble fan opinion is try out Rob Gronkaski the ex New England player looks the part acts the part and fits in he part perfect ……sincerely a fan BG Casper

I never saw the movies due to the “star” who pretended to be Jack Reacher. I have read every book, and I am excited about the series, provided it is not Tom Cruise playing Jack. Amazon did such amazing casting with Bosch, so hopefully, they won’t screw this up. I am leary though, because Skydance is the studio behind the films, and hope they don’t feel some sort of loyalty to “Shorty”.

I haven’t read all the books, but the ones I’ve read I’ve certainly enjoyed. Yes, they need to cast a guy who fits Reacher’s description in the books!

I know of a perfect “tall” actor for this and he just happens to be ending a long standing series. Jensen Ackles would be great for this.

Perfect comment Dar, couldn’t have said it better myself.

I am looking forward to watching but if they have Danny DeVito or Peter Dinkledge cast as Reacher…no (just as Tom Cruise should not have been cast as Reacher)nothing against those three actors but whoever is cast as Reacher should represent the physical aspect because that is a huge part of the character.

Totally agree with you Roger, the physical aspect of the character is very important. Tom Cruise just wasn’t Jack Reacher.

Can’t wait to watch. Normally the series isn’t as good as the books. Hopefully with Lee Child on board this will be an interesting and engaging series.

I won’t watch if it stars short, miscast, Tom Cruise.