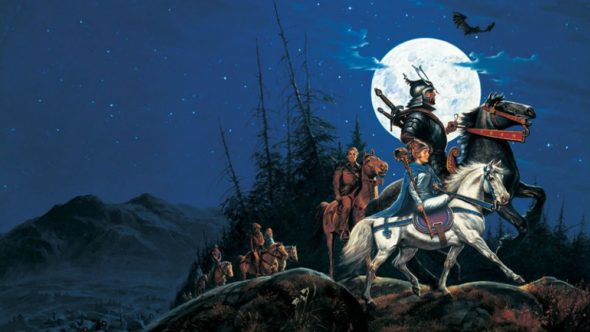 The Wheel of Time is finally coming to the small screen. Deadline reports Amazon has ordered a TV show based on the popular fantasy books.

From author Robert Jordan, the fantasy series “is set in a sprawling, epic world where magic exists, but only women can use it. The story follows Moiraine, a member of the shadowy and influential all-female organization called the ‘Aes Sedai’ as she embarks on a dangerous, world-spanning journey with five young men and women.”

Sony Pictures Television and Amazon Studios are producing The Wheel of Time series for Prime Video. A premiere date has not yet been announced.

The Wheel of Time is endlessly fascinating and resonates hugely with fans as one of the best-selling global properties, and we were drawn to its timely narrative featuring powerful women at the core. We’re thrilled to extend our relationship with devotees who’ve found the book series transformative and welcome new ones by bringing it to life on Prime Video for viewers worldwide.”

What do you think? Have you read The Wheel of Time series? Will you watch the Amazon show?

I started reading The wheel of time over 20 years ago. I never thought it could be made into something to watch (move or series). I got my children reading it when they were pretty young. Now in there early 30’s and late 20’s, they are super excited! So am I!!