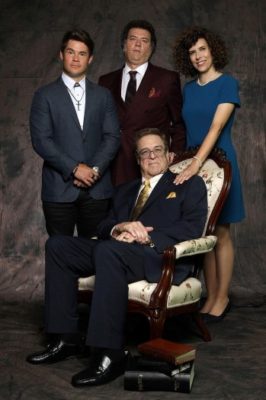 HBO is going to church. Deadline reports the network has ordered a new TV show from Danny McBride titled The Righteous Gemstones.

The comedy centers on “a world-famous televangelist family with a long tradition of deviance, greed and charitable work — all in the name of the Lord Jesus Christ.” The cast includes McBride, John Goodman, Adam Devine, and Edi Patterson.

HBO has not yet announced a premiere date for The Righteous Gemstones, but Deadline says the plan is to film the series after The Conners wraps production.

McBride stars as Jesse Gemstone, Eli’s eldest son and heir to the throne who walks in his father’s shadow while simultaneously blazing his own path. He also fancies himself a maverick in the ministry game, taking what Eli has built and expanding it for a more modern audience.

What do you think? Are you a fan of Danny McBride’s work? Will you check out The Righteous Gemstones?