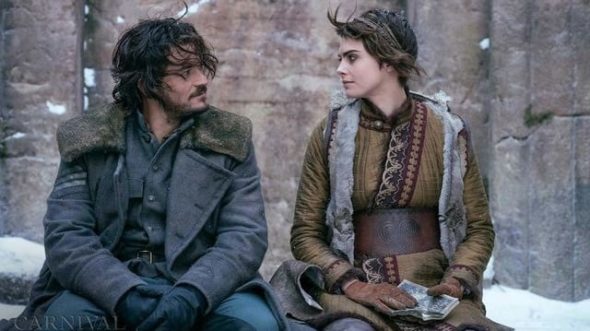 The Carnival Row TV series won’t launch for another month but there’s no worry that Amazon will immediately cancel the series. The streaming service has just renewed the show for a second season.

Amazon describes the upcoming series this way: “Orlando Bloom and Cara Delevingne star in Carnival Row, a Victorian fantasy world filled with mythological immigrant creatures. Feared by humans, they are forbidden to live, love, or fly with freedom. But even in darkness, hope lives, as a human detective and a faerie rekindle a dangerous affair. The city’s uneasy peace collapses when a string of murders reveals a monster no one could imagine.”

Want more? Here are a couple of featurettes and a teaser video, as well as the second season renewal announcement:

We know you'll want more. This story is just the beginning. #CarnivalRow Season 2 is coming. pic.twitter.com/Mv9YwsJxsP

What do you think? Do you like the sound of the Carnival Row TV series? Do you plan to check it out? Are you more likely to watch because it’s already been renewed for a second season?