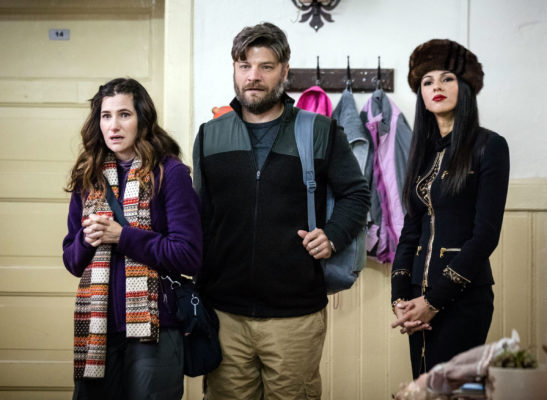 It seems that it’s the end of the line for The Romanoffs TV show. The series has been cancelled after one season of eight episodes.

An Amazon Prime Video anthology drama, The Romanoffs is a drama anthology from Mad Men creator Matthew Weiner. The series follows eight separate stories centering on characters who believe themselves to be descendants of the Russian royal family.

The eight installments of the anthology series were released from October until November of 2018.

What do you think? Did you enjoy The Romanoffs TV show? Do you think it should have been renewed for a second season, instead of being cancelled?

Just watched it this weekend for the first time. LOVED IT! Why on earth was it cancelled. Big mistake. BIG!!! Wonderful acting, wonderful stories. Watch it while you can.

Double malocchios and finger horns for canceling The Romanoffs. It had the potential of becoming another Soprano s hit series. Worse, you spurned the artistry of many creative people. Basta! You ********…

Amazon Prime should reconsider their decision and continue the serie with more seasons! The marketing was a bad job. Because it’s almost 2021 and now I discovered this hidden gem! If you like the serie Fargo, you like this as well. Very well acting work and directing, great plot twists. Very original.
You will regret it if you won’t continue!

Shame, it was a great set of stories. We loved it

I absolutely LOVED this series, and pretty much watched it within one day … I can’t believe they canceled it!!! I’m so upset. Ugh.

One of the best dramas ever, looking forward to more seasons.

One of the best series ever created. Cinematically brilliant, outstanding acting and stories. Probably too well done for the general public.

Loved the show – favored some episodes more than others. I wish it would return. It was unusual and beautifully done. I loved the varied locales and story plots, actors, etc.

I didn’t get into the show initially but it is REALLY good. Great stories, well written, great cast. I can’t believe there won’t be a second season.