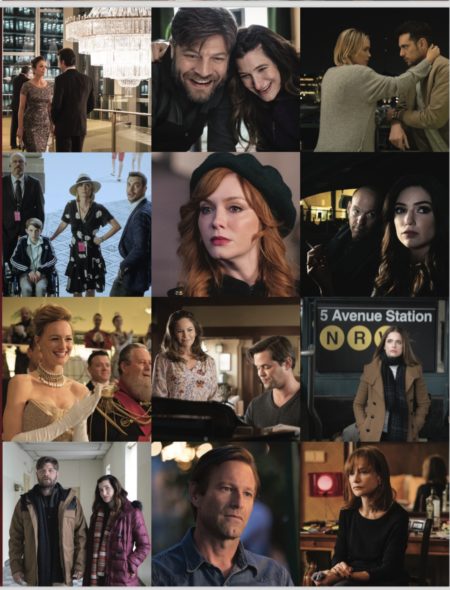 TV show description:
From Mad Men creator Matthew Weiner, The Romanoffs TV show is a drama anthology. The series follows eight separate stories centering on characters who believe themselves to be descendants of the Russian royal family.

Tsar Nicholas II, Empress Alexandra, and their five children were executed in July of 1918. The legend of the House of Romanov still captures the imagination, in part, because of the theory that daughter Anastasia escaped and assumed a new identity.

Each standalone episode of The Romanoffs employs a different cast and new locations to tell the story of contemporary people. The only common thread is that think they are descendants of Russia’s former imperial family, which ruled from 1613 until the Bolsheviks seized power.

Series Finale:
Episode #8 — The One That Holds Everything
In a story that circles the globe, a man tries to escape a family curse.
First aired: October 12, 2018.

What do you think? Do you like The Romanoffs TV series? Should this Amazon TV show have been cancelled or renewed for a second season?

The Romanoffs exemplifies perfection in cinematography, script writing and of course, the actors’ performances. Not sure how this work of art escaped attention from the discerning as well as the mainstream. Please return.

one of the best shows ever! please tell me that there will be a series 2!

Enjoyed it a lot! Like this format….one theme running through all of the stories, but a complete one hour interesting,entertaining, deep story eac time.

I was hoping that more characters would cycle thru episodes … I saw Aaron Eckhart on an escalator in the final episode (which was my favorite) and a couple of other times there seemed to be a sighting …. but I question, where is Weiner going with this?