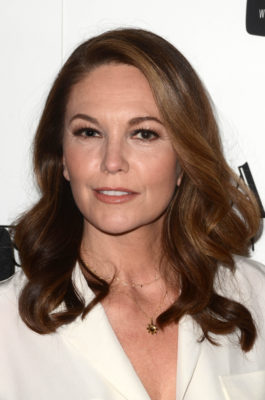 Diane Lane is headed to Amazon. Today, the streaming service announced the Oscar-nominated star has joined their upcoming TV show The Romanoffs.

The Romanoffs is slated to debut on Prime Video in 2018.

The Romanoffs is a one-hour contemporary anthology series set around the globe featuring separate stories about people who believe themselves to be descendants of the Russian royal family. Weiner is set to direct all episodes of the series that will debut on Prime Video next year.

Diane Lane has received “Best Actress” accolades by the New York Film Critics and National Society of Film Critics, and Academy Award, SAG and Golden Globe nominations for her starring role as an adulterous wife in the critically-acclaimed Unfaithful. Lane made her film debut opposite Sir Laurence Olivier in George Roy Hill’s A Little Romance. Additional screen credits include Audrey Wells’ Under the Tuscan Sun, based on the novel by Frances Mayes that earned Lane another Golden Globe nomination, Nights in Rodanthe opposite Richard Gere, Hollywoodland with Ben Affleck, Must Love Dogs opposite John Cusack and Christopher Plummer, A Perfect Storm with George Clooney and Mark Wahlberg, A Walk on the Moon co-starring Viggo Mortensen and Liev Schreiber, and landing Lane an Independent Spirit Award nomination, Trumbo with Bryan Cranston and Helen Mirren whose cast was recognized by SAG with a “Best Ensemble” nomination, as well as Sir Richard Attenborough’s Chaplin opposite Robert Downey Jr. She has co-starred in four films with director Francis Ford Coppola: The Outsiders, Rumble Fish, The Cotton Club and Jack opposite Robin Williams, and starred in Eleanor Coppola’s directorial debut, Paris Can Wait. Lane earned Emmy, Golden Globe and SAG Award nominations for her leading role in HBO’s Cinema Verite co-starring Tim Robbins and James Gandolfini. Lane’s stage credits include Bathsheba Doran’s The Mystery of Love and Sex, Joseph Papp’s (1997) and Roundabout Theatre Company’s 2016 production of The Cherry Orchard. On television, Lane received an Emmy nomination for her role as Lorena in the CBS series Lonesome Dove opposite Robert Duvall. She co-starred in A Streetcar Named Desire opposite Jessica Lange and Paris Can Wait co-star Alec Baldwin. On November 17, Lane returns to the screen as Martha Kent in Justice League.”

What do you think? Are you a fan of Diane Lane’s work? Will you watch The Romanoffs?