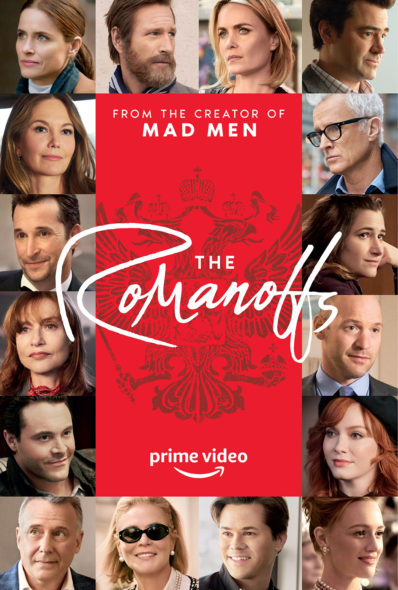 Is the first season of The Romanoffs TV show on Amazon a royal treat or a royal pain? As we all know, the Nielsen ratings typically play a big role in determining whether a TV show like The Romanoffs is cancelled or renewed for season two. Amazon and other streaming platforms, however, collect their own data. If you’ve been watching this TV series, we’d love to know how you feel about the The Romanoffs season one episodes. We invite you to rate them for us here. *Status update below.

An Amazon Prime Video anthology drama, The Romanoffs comes from Mad Men creator Matthew Weiner. The series follows eight separate stories centering on characters who believe themselves to be descendants of the Russian royal family.

What do you think? Which season one episodes of The Romanoffs TV series do you rate as wonderful, terrible, or somewhere between? Should Amazon cancel or renew The Romanoffs for a second season? Don’t forget to vote, and share your thoughts, below.

*7/28/19 update: Amazon has cancelled The Romanoffs TV show after one season.