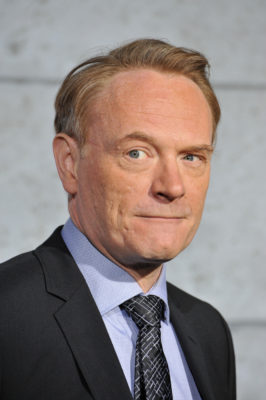 From Rene Echevarria and Paul McGuigan, the fantasy drama is set in a neo-Victorian city where “mythical creatures fleeing their war-torn homeland have gathered in the city, and tensions are simmering between citizens and the growing immigrant population.” The cast includes Orlando Bloom, Cara Delevingne, David Gyasi, Indira Varma, Karla Crome, and Tamzin Merchant.

On Carnival Row, Harris will be playing “Absalom Breakspear, the imperious and secretive Chancellor of the Burgue, besieged by political enemies from all sides.” Meanwhile, Krige has been cast as “Haruspex, a witch-like clairvoyant who warns that a great reckoning is upon the city.”

Carnival Row is expected to debut on Amazon in 2019.

What do you think? Do you subscribe to Amazon Prime? Will you check out Carnival Row?