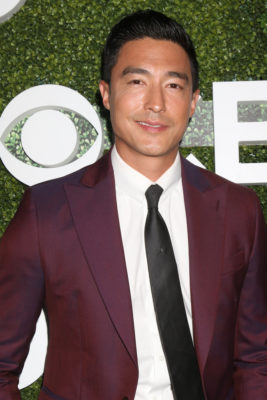 Amazon has found their Lord of the Seven Towers. Deadline reports Daniel Henney has joined the streaming service’s upcoming TV show adaptation of The Wheel of Time.

Based on the books by Robert Jordan, the fantasy drama takes place in a mythical Earth where time is cyclical and follows a group of travelers on their journey to save humanity. Rosamund Pike also stars.

On The Wheel of Time, Henney will be playing “al’Lan Mandragoran, commonly known as Lan or Lord of the Seven Towers, the uncrowned king and only survivor of the royal line of the fallen kingdom of Malkier.”

Prime Video has not yet announced a premiere date for the new TV show.

What do you think? Have you read The Wheel of Time novels? Will you watch the series?

Yes, I’ve ready all the books!

Wow, I really excited to know who is going to play Lan. I like Daniel Henney. He’s a great actor.

It’s absolutely joy that you gave Daniel Henney this great opportuniy to play al’Lan Mandragoran. I am positive he will be excellent and will definately shine.

Great news. Read all the books and have been waiting for some one to bring it to the screen. Saddened at the passing of Jordan. Being from the Charleston area makes me that much more proud of him. I know it will be successful. Anxious to see how it will be done.

I read these books from the age of 12. 30 years later finally made into a tv show. excited isnt a word that can come close to describing the joy I will have when this show airs… this will be a hard book to do well i wish them all the luck in the world!! Rand al’Thor savior destroyer. cant wait!

Finally!!! I’ve waited far too long for this! Most definitely will watch. Thanks for the info.