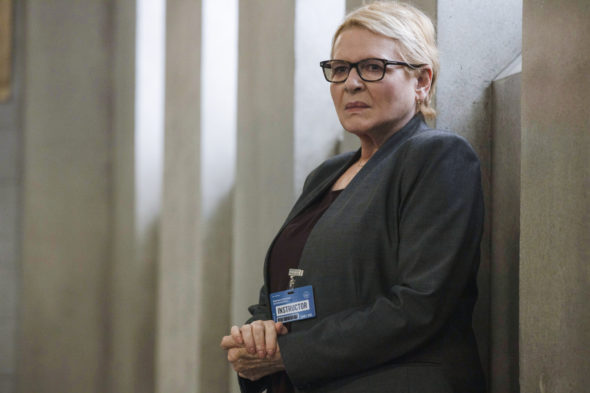 A Paramount+ crime thriller series, the Mayor of Kingstown TV show stars Jeremy Renner, Dianne Wiest, Hugh Dillon, Taylor Handley, Emma Laird, Tobi Bamtefa, Derek Webster, Pha’rez Lass, Aidan Gillen, Hamish Allan-Headley, and Kyle Chandler. The story follows the McLusky family. They are power brokers in Kingstown, Michigan, where the business of incarceration is the only thriving industry. There are seven prisons within a 10-mile radius and Mike McLusky (Renner) is at the center of the action. He’s a conduit between the incarcerated and the outside world. He works with the city’s unofficial Mayor, aka his well-connected brother and business partner, Mitch (Chandler). Their younger brother, Kyle (Handley), is a police detective. Their mother, Mariam (Wiest), teaches inmates and is not happy with her sons’ business.

What do you think? Which season one episodes of the Mayor of Kingstown TV series do you rate as wonderful, terrible, or somewhere between? Do you think that Mayor of Kingstown on Paramount+ should be cancelled or renewed for a second season? Don’t forget to vote, and share your thoughts, below.

*2/2/22 update: Mayor of Kingstown has been renewed for a second season.

I dont do tv series and i dont binge watch anything…..except Mayor of Kingstown! had me hooked from episode 1! love love love it! please season 2 ,3,4,5 +

I didn’t think I could love another show as much as I love Yellowstone, but I absolutely love Mayor of Kingstown!! Please don’t cancel this show, we need to see more! The show must go on!

Love this show so much! Please renew for season 2!

Why does this producer and writer think they have to say **** 8 to 15 times a minute? A few is OK in this type of show but this is just ridiculous! If they can’t find other words they need new writers

Please renewed season 2. 1883 spin off too need to get renewed. Enjoy it and love it. Never missed any episodes of it.

Don’t cancel season 2. It was just starting to get interesting when season 1 ended. There is so much more to this story that obviously hasn’t been told.

I don’t usually do reviews, BUT Mayor of Kingstown is hands down the best series out right now (Yes, that’s including Yellowstone). Literally the only thing I don’t like about it is having to wait 7 days between episodes. If a review was left before December they obviously didn’t give this masterpiece a chance.

I like Renner as an actor. I have tried to watch the show, but I am lost to what is happening. Maybe it will get better. If not I will stop watching.

I tried to watch this show. Gave up and switched to another channel.