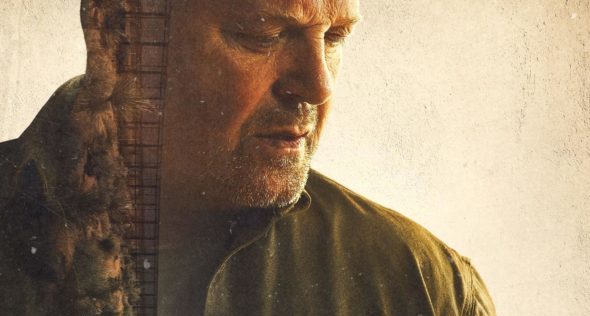 Coyote has a new home. The upcoming Paramount Network series will now be released on CBS All Access on January 7th. The drama series follows Ben Clemens (Michael Chiklis) as he goes from working as a border patrol agent, stopping people from crossing the border, to working with them instead.

CBS All Access revealed more about Coyote in a press release.

COYOTE is the story of Ben Clemens (Chiklis), who after 32 years as a border patrol agent is forced to work for the very people he spent his career trying to keep out of America. Now exposed to life on the other side of the wall, Ben will start to question his black and white views of the world, challenging his ideology and his loyalties.

Check out a trailer for Coyote below.

What do you think? Do you plan to check out Coyote on CBS All Access in January?

Absolutely REDICULOUS WHEN YOU ALREADY PAY $260.00 a month to get CBS THAT YOU MUST PURCHASE ANOTHER DAM CHANNEL

I absolutely agree, Laura. We’re in a dark period of broadcasting history where the consumer seems to be the lowest common denominator. Month to month, studios keep sending us from one premium platform to another, as if money is no object. It’s deeply discouraging, and needs to be addressed. Since the pandemic, I’ve taken more of a renewed interest in my expansive VHS library! And then, they’re those days when getting your Chilkis fix from those pre-recorded episodes of ‘The Commish’ on Lifetime from 1996 just aren’t doing it, and all you want is to watch COYOTE…So.. Now, for what… Read more »