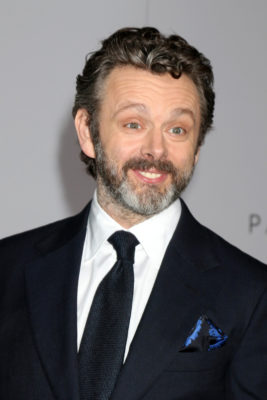 Michael Sheen is coming to CBS All Access. This week, the streaming service announced the Masters of Sex star has joined season three of The Good Fight.

On The Good Fight, Sheen will be playing “Roland Blum, a brilliant, charismatic and Machiavellian lawyer. He is a man of appetites – drugs, sex, you name it – who’s far more interested in winning than the niceties of following the law.”

Season three of The Good Fight is slated to debut on CBS All Access in early 2019.

Sheen will play Roland Blum, a brilliant, charismatic and Machiavellian lawyer. He is a man of appetites – drugs, sex, you name it – who’s far more interested in winning than the niceties of following the law.

Sheen is known for his starring roles in the Academy Award-nominated films “The Queen,” “Frost/Nixon” and “Midnight in Paris.” Other film credits include “The Twilight Saga” films, the “Underworld” franchise and the recent Netflix film “Apostle.” He recently completed filming opposite Robert Downey Jr. in “The Voyage of Doctor Dolittle.”

On television, Sheen has earned multiple awards and nominations for his performances in “Kenneth Williams: Fantabulosa!” and “Dirty Filthy Love,” as well as his portrayal of Tony Blair in HBO’s “The Special Relationship” and of Dr. Bill Masters in four seasons of the acclaimed SHOWTIME series “Masters of Sex,” of which he was also a producer. In addition, he has created memorable characterizations for NBC’s “30 Rock,” HBO’s mockumentary “7 Days In Hell,” the IFC mini-series spoof “Spoils of Babylon” and Michael Bolton’s “Big Sexy Valentine’s Day Special” for Netflix. He will next appear in Neil Gaiman’s “Good Omens” for Amazon.

The world went crazy in the THE GOOD FIGHT’s second season, and now, in season three, the resistance does. Diane Lockhart (Christine Baranski) tries to figure out whether you can resist a crazy administration without going crazy yourself, while Adrian Boseman (Delroy Lindo) and Liz Reddick-Lawrence (Audra McDonald) struggle with a new post-factual world where the lawyer who tells the best story triumphs over the lawyer with the best facts. Meanwhile, Lucca Quinn (Cush Jumbo) balances a new baby with a new love, and Maia Rindell (Rose Leslie) finds a new Mephistopheles in Roland Blum (Michael Sheen), a Roy Cohn-like lawyer who is corruption incarnate.

What do you think? Do you watch The Good Fight? Are you excited for season three?