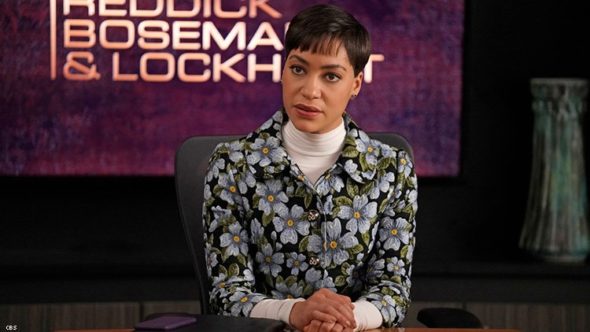 A key figure is leaving The Good Fight. Star Cush Jumbo is leaving the CBS All Access TV show ahead of its fifth season, TVLine reports.

Speaking to TVLine, Jumbo said Good Fight creators Robert and Michelle King are exploring the best way to wrap up her character’s storyline. Season four of the CBS All Access series was cut short because of the ongoing COVID-19 pandemic. Read Jumbo’s full statement below:

I have had the most amazing time over the last five years working with Robert, Michelle and the crews of both The Good Wife and The Good Fight. I will miss them all so much, but am so excited to explore pastures new. Due to the pandemic forcing us to shut down early we weren’t able to wrap up Lucca’s story fully and so I hope if schedules allow I can return next season to do that.”

What do you think? Are you a fan of The Good Fight? Will you watch without Jumbo?

I love Cush & don’t want her to leave. But when Piccadilly does, send her back to DC, marry congressman & be President Biden’s top lawyer to send Trump to prison.

Loved the Good Wife, love The Good Fight, love Lucca (Cush) – and will watch her in anything I see she’s in. But I do think it’s time for her character to go. Let her go out with a bang – hopefully once the cast/crew can get back to work after the pandemic, they’ll write her a really fabulous ending. I hope she gets to keep the Birken too 🙂

I remember Cush Jumbo in the British drama ‘Vera’ where she played an English detective in that police drama. Sadly she died in that but I was most happy to catch her in The Good Wife &The Good Fight. I wish her good luck in her future endeavors x