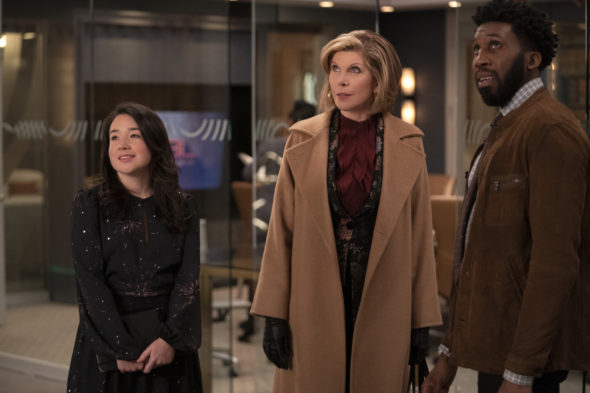 The Good Fight is currently airing its fourth season on CBS All Access, and fans will see three less episodes than originally planned during the season. Production has been completed on seven of the 10 episodes scheduled. The crew was able to finish production on the episodes remotely, per Deadline.

In addition to the shortage of episodes, the CBS All Access series will take a break next week. The Good Fight has gone through production from home. Robert King, the man behind the series, revealed the following:

“For example, our composer scores the episode in Andora, as our music supervisor adds songs in Texas. They send it all to Los Angeles, where our music editor puts it in the episode.”

The other production elements go through a similar process.

What do you think? Are you glad those behind The Good Fight managed to find a way to get the season out, even with an episode shortage?

Please give us a 22 episode season 4 as this is one of the best things on TV ever and takes The Good Wife on from where it left off in a brilliant way.

I watched the video for The Good Fight’s reason for a delay and shorter season. It is really incredible seeing the different countries and cities where components needed are stationed.