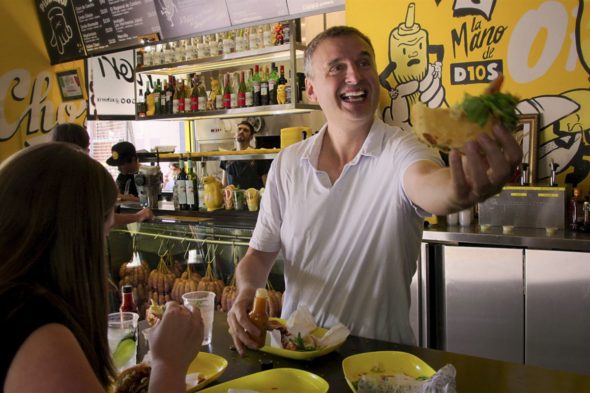 Netflix is hungry for more. The streaming service has ordered a fourth season of the TV show Somebody Feed Phil, reports The Wrap.

The travel docuseries follows Everybody Loves Raymond creator Phil Rosenthal as he tries foods from all over the world.

According to Rosenthal, season four of Somebody Feed Phil will debut on Netflix this fall or the coming winter. Season three just launched today, May 29th.

We filmed Season 3 and 4 back to back. We filmed from August through the middle of January. So we got it in just under the wire. So Season 4 will come out in the fall or the winter. I don’t know what’s gonna happen beyond that, not just out in the world, but I don’t know if Netflix will want more episodes. And they’ll wait until way after Season 4 is even on to decide. That’s why it’s been two years between seasons almost. They take so long to decide anything. And the truth is, their business model is having new things all the time.”

What do you think? Are you a fan of Somebody Feed Phil? Where would you like to see Rosenthal travel next?

I love this show and recommend it to my foodie friends. He is such a natural guide and so funny. Love when his family is involved including his brother.

I truly hope Somebody Feed Phil will keep going and going!! This is an absolute WONDERFUL show!! I would LOVE to see Phil visit Bavaria more and there is a very awesome little town in Germany called Lauscha, which is known for its tradition and love of the Dandelion! Huge festival every May where every corner you turn, there is a delicious and fun take of how the dandelion is prepared. Actually, I think I would be an awesome tour guide/translator and my whole family would welcome the entire crew there! (in case you would need a tour guide who… Read more »