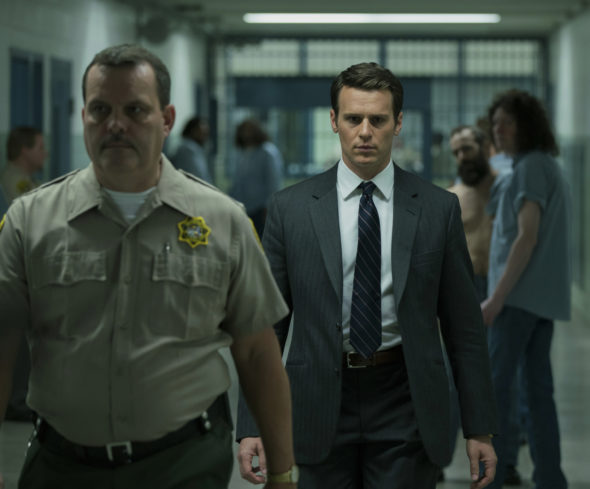 Netflix has renewed its Mindhunter TV show for a second season. While they have not announced the news on its media site, the streaming service has released a promo for the Mindhunter season two renewal, which you can check out, below. We had expected this renewal, since casting began prior to the TV series premiere.


We need to talk to more subjects. pic.twitter.com/7pTnxAhM0G

What do you think? Have you been watching the first season of the Mindhunter TV series? Do you plan to stream season two when it drops to Netflix? Sound off, in the comments.

We loved this show…but I can’t for the life of me recall when I saw it last, it seems like years ago which is too bad because I barely remember what it was about now except that it was something to do with serial killers…or was cereal killers…hmm. I seem to recall a large prisoner with a quiet voice and an irate FBI boss though I may have that mixed up with G. Whittaker and James Comey. Whatever, I liked the show but we have to get Netflix to put these shows on the air again before the actors grow… Read more »

We are so excited for season two. We absolutely loved the first season. Keep them coming!

LOVE this show. Can’t wait for the next season.

I agree- I couldn’t stop watcbing it. I watched the entire season in less then 2 days. Its like a good book you just can’t put down..Kudos, Netflix!