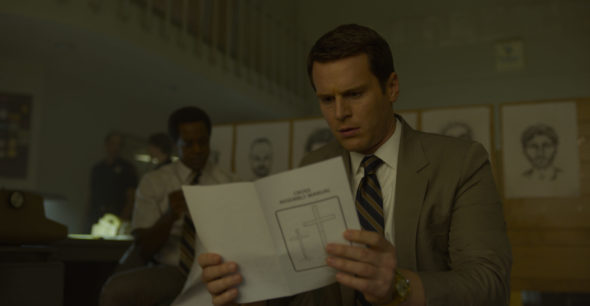 Mindhunter may not have a season three on Netflix. As we reported earlier this year, the streaming service let the actors’ contracts lapse. And now, executive producer David Fincher has weighed in while promoting his next film, Mank. He spoke about the movie with Vulture, and he was asked about a possible return for Mindhunter.

The Mindhunter series ran for two seasons on Netflix, and the second was released last year. The series averaged a 9.46 in our on-site viewer voting and many have been waiting for the third season, but that is not likely to happen. The cost of the series seems to be one of the things causing the series’ end.

Fincher said the following about Mindhunter:

“Listen, for the viewership that it had, it was an expensive show. We talked about “Finish Mank and then see how you feel,” but I honestly don’t think we’re going to be able to do it for less than I did season two. And on some level, you have to be realistic about dollars have to equal eyeballs.”

The series was also exhausting for Fincher, putting in 90 hours a week filming the series. He didn’t know if he had it in him to “break season three.”

What do you think? Were you hoping for a third season of Mindhunter? Do you think that this Netflix series will return someday?

Disappointing, I wish these people who cancel good shows, read what the viewers want to see. this was a great show

This was an outstanding series and I will be sorry to see it end. I feel it was under promoted which may be a reason the viewer ship wasn’t what is needed to make it viable. It is a smart show, promote it as such.

Thought it was an intriguing series. Great actors. Sorry to know it’s not coming back. Really enjoyed both seasons!!!

I would definitely watch a season three, the show is great. I hope they bring it back.

It was an awesome show. Would love to have it back.

I hope they come back with more seasons for mindhunter. My wife and I love it

I’m disappointed. I was holding on to hope it would come back. Such a great cast. Sad. This happens quite a bit when I happen to like a show.