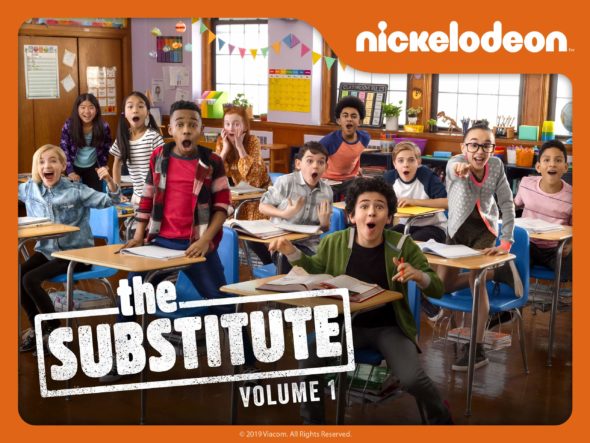 The Substitute is ready for its second season! The hidden camera prank series will return to Nickelodeon next Saturday night. Yes, Halloween is perfect for tricks, and it will be the start of this series about celebrities going undercover as substitute teachers, shopkeepers, field trip volunteers, and other activities. Juanpa Zurita hosts the series.

Nickelodeon revealed more about the return of The Substitute in a press release.

“Nickelodeon is preparing the ultimate Halloween surprise for kids with the season two premiere of its hit hidden-camera prank series, The Substitute. Joining the series as host is Mexican social media sensation Juanpa Zurita, who will help undercover celebrities pull off a day of ridiculous mayhem as the substitutes for unsuspecting kids. Season two premieres Saturday, Oct. 31, at 9 p.m. (ET/PT) on Nickelodeon.

In the season two premiere of The Substitute, actress, recording artist and author Ariel Martin, a.k.a. “Baby Ariel,” (Zombies 2) goes undercover at a haunted house to pull off ghoulishly wacky pranks on kids visiting with the Q Youth Foundation. Using a full costume and prosthetics to hide her identity, Martin is transformed into three completely unrecognizable characters, pranking students as an apothecary shop owner who is often suspected of being a witch, a field trip volunteer and full-time ghost hunter who is desperate to finally prove their existence and a haunted house employee whose biggest adversary is a scarecrow.

The series features celebrities who are transformed by a team of Hollywood special effects artists to go undercover as a substitute, surprising unsuspecting kids in schools, camps and other locations. During the reveal at the end of the day, each organization receives a $25,000 donation. Additional celebrities taking to the classroom to pull off their own ridiculous surprises in season two of The Substitute include Chloe Kim, Chris Paul, and others to be announced at a later date.”

What do you think? Are you excited for the return of The Substitute on Nickelodeon?