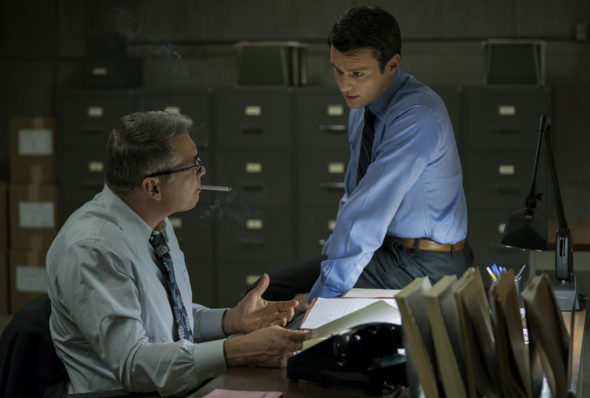 What’s next for Mindhunter? According to That Hashtag Show, season two of the Netflix TV show will explore the Atlanta Child Murders.

As with season one, season two of Mindhunter will feature portrayals of real-life serial killers. That Hashtag Show reports the new season will not only continue the BTK storyline from season one, but also explore the Atlanta Child Murders, which took place between 1979 and 1981.

The Netflix series is also casting Wayne Williams, “a serial killer convicted of killing 2 men, but prosecutors believe he was responsible for murdered children because when Williams went to prison the child murders stopped.”

A premiere date for season two of Mindhunter has not yet been announced.

Yes I will definitely watch mine hunter. It’s a badass show

I can’t wait for season 2! The acting the story lines are fantastic!

Love it – looking forward to season 2.

Brilliant writing,acting is top notch,and the cinematography was flawlessly executed.

Love this show, soooooo glad it’s being renewed and can’t wait to see it!! I binge watched the first season and couldn’t get enough!

Renewal was a no brainer.