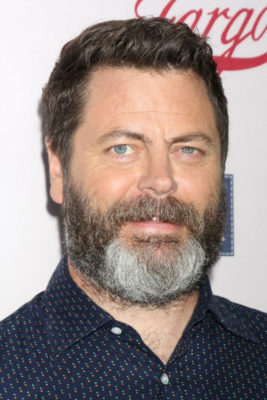 From Alex Garland, the thriller follows Lily Chan, a computer engineer who “investigates the secretive development division of her employer, a cutting-edge tech company based in San Francisco, who she believes are behind the murder of her boyfriend.” Jin Ha, Zach Grenier, Stephen McKinley Henderson, Cailee Spaeny, and Alison Pill also star.

FX has ordered eight episodes of Devs, which will premiere in 2019.

You can read more details below:

LOS ANGELES, August 3, 2018 – FX announced today that it has ordered the limited series Devs from award-winning writer/director Alex Garland, it was announced today by John Landgraf, CEO of FX Networks and FX Produtions. FX also announced the cast of Devs, which had previously been developed as a pilot. Devs will star Sonoya Mizuno, Nick Offerman, Jin Ha, Zach Grenier, Stephen McKinley Henderson, Cailee Spaeny and Alison Pill. The eight-episode Devs will premiere on FX in 2019.

Garland will Executive Produce Devs along with Andrew Macdonald and Allon Reich of DNA TV, Eli Bush and Scott Rudin with whom he partnered with on the acclaimed feature film Annihilation and the Academy Award(R)-winning Ex Machina, and Eli Bush. The series will be produced by FX Productions.

“After reading all 8 scripts and hearing Alex’s brilliant vision and commitment to direct all of the epsiodes, it was an easy decision to order Devs to series.” said Landgraf. “Alex is a visionary artist who with his partners has put together a stellar cast. We are grateful to Alex, Andrew, Allon, Scott, Eli and the brilliant casting team led by Carmen Cuba.”

In Devs, a young computer engineer, Lily Chan, investigates the secretive development division of her employer, a cutting-edge tech company based in San Francisco, who she believes are behind the murder of her boyfriend.

Sonoya Mizuno (Ex Machina, Maniac, Crazy Rich Asians) will play “Lily Chan.” Lily is a software engineer who works at Amaya, a cutting edge tech company, and comes to suspect her employer may be responsible for the death of her boyfriend.

Nick Offerman (Fargo, Parks and Recreation, Hearts Beat Loud) will play “Forest.” Forest is the CEO of Amaya, whose obsession is the covert work of the company’s development division.

Zach Grenier (The Good Wife, Deadwood) will play “Kenton.” Terse, dry and dangerous , Kenton is the head of security at Amaya.

Stephen McKinley Henderson (Ladybird, Fences, Manchester by the Sea) will play “Stewart.” Stewart is a cultured intellectual from another era and one of the top technical minds working in Amaya’s secret development division.

Cailee Spaeny (Bad Times at the El Royale, On the Basis of Sex, Pacific Rim: Uprising) will play “Lyndon,” a young, brilliant, and stubborn employee who works in Amaya’s secret development division.

Alison Pill (American Horror Story: Cult, Snowpiercer, The Newsroom) will play “Katie.” Katie is a gifted quantum physicist tapped by Forest to be his second in command at Amaya.”

What do you think? Are you a fan of tech thrillers? Will you watch Devs?