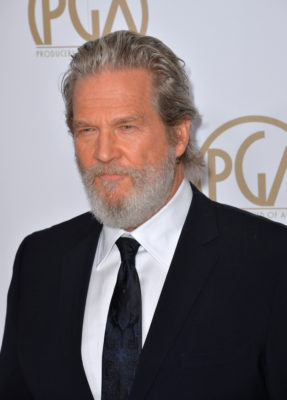 The drama series “centers on “Dan Chase” (Jeff Bridges) who absconded from the CIA decades ago and has been living off the grid since. When an assassin arrives and tries to take Chase out, the old operative learns that to ensure his future he now must reconcile his past.”

FX has not yet announced a premiere date for The Old Man, but you can read more info below:

Written by Jon Steinberg & Robert Levine, The Old Man is executive produced by Warren Littlefield, Steinberg, Dan Shotz, Levine, Jeff Bridges and David Schiff. The series is produced by Fox 21 Television Studios in association with The Littlefield Company. Production of the pilot episode begins this fall.

“Jeff Bridges is an iconic, extraordinary actor and to have him as the star of this series is an incredible moment for FX,” said Grad. “Jon Steinberg and Robert Levine have delivered an amazing pilot script and Jeff is perfect for the role of Dan Chase. We’re also happy to be working with Warren Littlefield, with whom we’ve had such a terrific partnership on Fargo, along with our partners at Fox 21.”

Based on the bestselling novel of the same name by Thomas Perry, The Old Man centers on “Dan Chase” (Jeff Bridges) who absconded from the CIA decades ago and has been living off the grid since. When an assassin arrives and tries to take Chase out, the old operative learns that to ensure his future he now must reconcile his past.

“Jeff Bridges is one of the most important actors of his generation. John Landgraf, Eric Schrier, Gina Balian, Nick Grad and their team at FX have built a home for content of unparalleled quality. Bert Salke and his team at Fox 21 have developed a sterling track record for generating said content. And Warren Littlefield has forgotten more about making great television than we will ever know. To call this a project a dream opportunity for us is almost certainly a gross understatement,” said Steinberg.

Jeff Bridges is an Academy Award and Golden Globe winning actor known for some of the most iconic roles in entertainment. Bridges’ career began in television as a young actor who quickly received a steady stream of feature roles, including TRON, The Fabulous Baker Boys, The Last Picture Show, Starman and his famed role as “The Dude” in The Big Lebowski. More recent credits include Hell or High Water, Kingsman: The Golden Circle, Bad Times at the El Royale and Crazy Heart, the 2009 feature for which he won both the Academy Award and Golden Globe for Best Performance by an Actor in a Leading Role.

Warren Littlefield is the founder and President of The Littlefield Company. He is an executive producer on Hulu and MGM’s The Handmaid’s Tale, which won 8 Emmy(R) Awards, including Best Dramatic Series, in its first year, the TCA Award for Best Drama and Program of the Year, three Golden Globe(R) Awards, AFI TV Program of the Year Award, a Peabody Award, a BAFTA Award and garnered Littlefield his 3rd Producers Guild Award. Littlefield also serves as Executive Producer on FX’s television adaptation of the Academy Award(R) winning film Fargo, which won a Peabody, multiple Emmys, Golden Globes, AFI, Producers Guild, and Critics Choice Awards for Best Limited Series in its first year and, over three installments, has been nominated for 52 Emmys and won 6. The FX Productions and MGM studios show is currently prepping Year 4 and it will star Chris Rock. The Littlefield Company recently signed an exclusive deal with Fox 21 and 20th Century Fox Television for all TV development. The Littlefield Company is represented by WME and by Tom Hoberman at Hansen, Jacobson, Teller, Hoberman LLP.”

What do you think? Are you a fan of Jeff Bridges? Will you check out The Old Man?