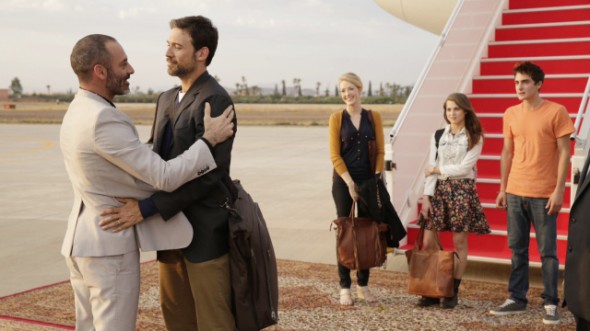 The show will revolve around the younger son (Adam Rayner) of a dictator in a war-torn nation. He returns to his homeland after 20 years away and is accompanied by his American wife and children. He soon finds himself thrown back into the turbulent workings of the Middle Eastern country. Other stars include Jennifer Finnigan and Ashraf Barhom.

FX president John Landgraf noted, “With Tyrant, Howard Gordon, Gideon Raff and Craig Wright have produced a beautiful television pilot that will be a groundbreaking television series… Tyrant introduces characters and a world that have never been explored in a dramatic television series format. There is a reason a bidding war broke out over this project: it grabs you as all great epics do and simply refuses to let go!”

A minimum of 10 episodes will be ordered and the show is expected to air next summer.

What do you think? Do you plan on checking out the new Tyrant series?

It’s an amazing series with great actors. As good as Homeland or perhaps even better. I hope it continues to improve in it’s rating. It would be ashame to cancel it after only 2 seasons