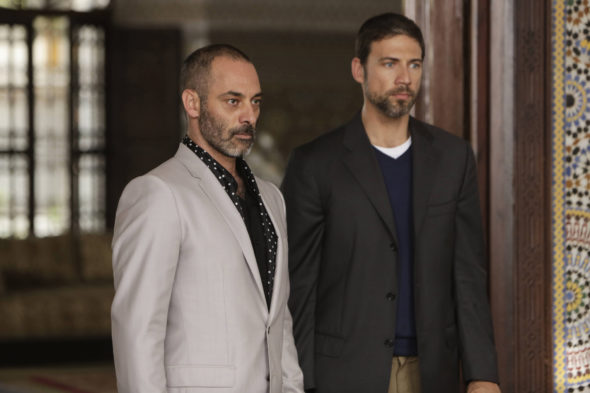 The series finale of Tyrant aired just last night, but could it continue elsewhere? Recently, Deadline spoke with executive producer Howard Gordon about the future of the cancelled FX series.

In the interview, Gordon says there are more stories to tell on the series:

Of course I think there is more there. But we also knew this season was a make-or-break year so in fairness we were trying to serve two masters by making tonight’s show a series ender and something at the same time that wouldn’t foreclose on the future. That’s always a tricky thing, but I think we did a good job on that.”

He also mentioned that there are conversations happening regarding a fourth season:

That’s above or out of my pay grade, but we’ve talked about a couple of places. I don’t know how realistic any of them are. We’ve just begun those conversations now so you know I’ll know more in the next few weeks. Right now, honestly, I don’t know.”

What do you think? Are you a fan of Tyrant? Would you like a fourth season?

Please bring back. Good programme. Too many loose ends. Needs a proper ending. Devastated that there wont be a fourth season. Just catching up as was recorded on discs waiting to watch.

Please it’s such a great show

Yes OMG PLEASE. It’s a great show with many stories who have us captivated

Please somebody pick this show up. Netflix or Amazon or another beginning with H as spellchecker won’t let me use the word. I definitely like Tyrant better than the current edition of Homeland. Everything is first-class with this show: writing, acting (especially Moran Arias) and overall production values. They were writing about ISIS before it became a big issue in the news media.

Please bring it back, one of the best shows on TV

yes I want a season 4, watched all seasons and all was great…

You cancelled my FAVORITE show! Why can’t you bring it to NETFLIX? That would be sensational. We need a season 4. I keep watching the DVDs of previous seasons, but we all need more TYRANT!

If you were going to cancel it, why not give it an ending rather than leaving us the air! Please bring it back on hoping on FX.

Yes no proper ending to one of the best shows on T.V. covering a topic that id6 relevant to what is going on in that part of the world with so much mindless fluff being renewed year after year how CD this show be cancelled the advertising for it was lacking I found it by accident and became hooked and never missed a week I taped it as I work long hours six days a week and choose what I watch carefully

This show should definitely come back PLEASE!!!!!!!