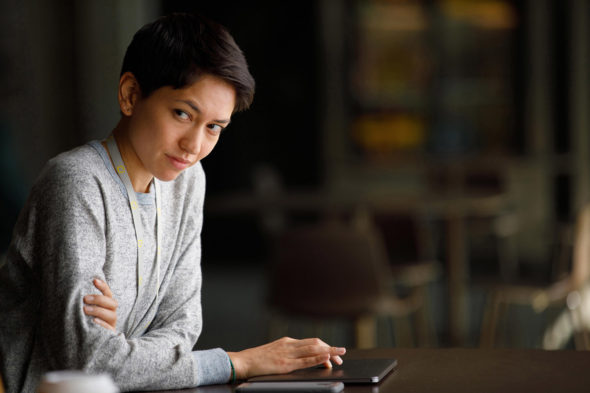 Will Lily uncover the truth in the first season of the Devs TV show on FX on Hulu? As we all know, the Nielsen ratings typically play a big role in determining whether a TV show like Devs is cancelled or renewed for season two (this appears to be a mini-series). Hulu and other streaming platforms, however, collect their own data. If you’ve been watching this TV series, we’d love to know how you feel about the first season episodes of Devs here.

What do you think? Which season one episodes of the Devs TV series do you rate as wonderful, terrible, or somewhere between? Do you think that Devs on FX on Hulu should be renewed for a second season, with a new story or characters? Don’t forget to vote, and share your thoughts, below.

It’s understandable why the series is episode-limited, but the story line is so intriguing, the characters so interesting and engaging, the series well-acted and intelligent, that it is hard to not crave more! DEVS is very addictive!

Not many shows make my hair stand on end,thought provoking is an understatement.

Watching ep 1 the Calvinist view of the universe (or more correctly my extreme Calvinist view) is well defined. I find it strange that they let him record or didn’t stop it in its tracks, after all every effect has its cause.