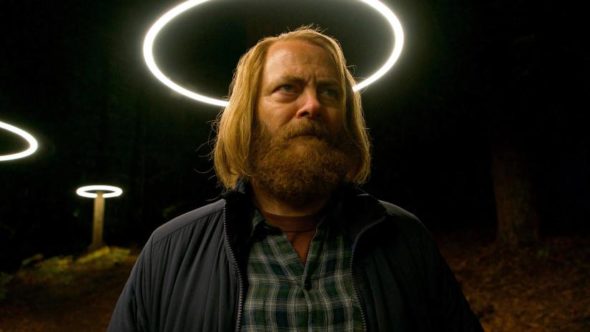 Last year, it was announced that Disney had designated Hulu as the exclusive streaming service for FX and FXX programming (Disney now owns FX and FXX and controls Hulu). “FX on Hulu” will launch on March 2nd as part of Hulu and 40 existing FX and FXX series — 1,600 episodes — will be made available for streaming.

In addition, episodes from current FX shows will be streamed the morning after they’ve aired on FX and FXX. Exclusive FX on Hulu shows — like Devs and Mrs. America — will also be introduced.

During the TCA’s Winter Press Tour, FX announced a slew of March, April, and May premiere dates for FX, FXX, and FX on Hulu TV shows.  Most of the programs are debuting at 10 PM with a pair of episodes.

Here are the shows, in order of their respective premiere dates.

Devs – An eight-episode limited series, the show from Alex Garland will debut with a pair of episodes on Thursday, March 5th, on FX on Hulu.

Better Things – The first two episodes of the fourth season will premiere on Thursday, March 5th at 10 PM on FX. There are 10 episodes in the season.

Cake – Season two, made up of 10 installments, will debut on Thursday, March 5th, at 10 PM on FXX.  Two episodes will air on launch night.

The Most Dangerous Animal of All – The first two episodes of the docuseries will air on Friday, March 6th, at 10 PM on FX. The third and fourth episodes will run in the subsequent weeks.

What We Do in the Shadows – The 10-episode second season debuts on Wednesday, April 15th, at 10 PM on FX. Premiere night includes the first two episodes.

Fargo – The long-awaited fourth season premieres with a pair of episodes on Sunday, April 19th, at 10 PM on FX.

Archer – Comprised of eight episodes, the 11th season of the animated series will premiere on Wednesday, May 6th, at 10 PM on FXX.

What do you think? Which of these new and returning FX and FXX shows do you plan on watching? Are you a Hulu subscriber? If not, are you more likely to subscribe because of the addition of FX and FXX shows?

I am so excited about “Breeders”!