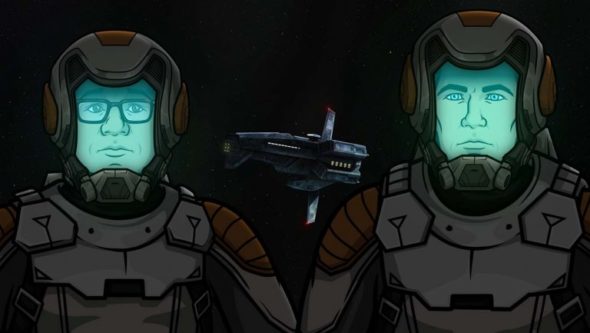 FXX has renewed Archer, the FX Networks’ second-longest-running series (behind It’s Always Sunny in Philadelphia) for season 11. The announcement was made at Comic-Con in San Diego and it sounds like Archer will be returing to its spy world roots.

Of the 11th season, Executive producer Casey Willis said, “We are incredibly excited for our 11th season and look forward to Archer waking up from his coma and returning to a spy world that has continued without him for the past three years.”

Season 11 of Archer is expected to debut in 2020 while the current 10th season will wrap in two weeks, on July 31st.

“Archer” Renewed For Season 11 on FXX

News of the Archer renewal was shared with fans at San Diego Comic-Con during a sneak peek screening and Q&A with its cast and producers in support of the series’ current 10th season, Archer: 1999.

“We are incredibly excited for our 11th season and look forward to Archer waking up from his coma and returning to a spy world that has continued without him for the past three years,” said Executive Producer Casey Willis.

Archer: 1999 returns Wednesday, July 24, at 10 p.m. ET/PT on FXX with the season’s penultimate episode, “Cubert.” In it, Archer is convinced a mysterious object is causing the crew to act strangely. Is it magnetic? Is it supernatural? Does it need to be cleaned with some sterile wipes? The episode was written by Adam Reed.

Archer is an animated, half-hour comedy that follows Sterling Archer, Lana Kane, and their crew of acid-tongued misfits onboard the M/V Seamus salvage ship. An important question arises as they explore deep space and try to outsmart giant aliens, intergalactic pirates, and vicious bounty hunters: how do they survive each other? Welcome to the space-tastic world of Archer: 1999.

ABOUT FXX
FXX is the newest basic cable entertainment network from FX Networks which launched on September 2, 2013. Geared towards a young adult audience, the schedule features original series, movies, and acquired series. The channel is anchored by the acclaimed hit comedies It’s Always Sunny in Philadelphia, the Emmy(R) Award winning comedy series Archer, and You’re the Worst. FXX is also the exclusive cable home to The Simpsons, the longest-running comedy in TV history. FXX is carried in 86 million homes.

What do you think? Do you like the Archer TV show? Do you plan to watch season 11 on FXX? Were you expecting the show to end with season 10?

ARCHER IS ONE OF MY ALL TIME FAVORITES

Looking forward to season 11 back to the way it was at the beginning.

I have been a fan of Archer since episode one of the first season was a little worried when the Isis gang left the spy world but they pulled it all off amazingly. I am however looking forward to the return to cloak and dagger spy world

I’m watching season 10 but think that it has perhaps run out of steam.

It used to be sharp and witty but seems to have gone down a road of stagnation.