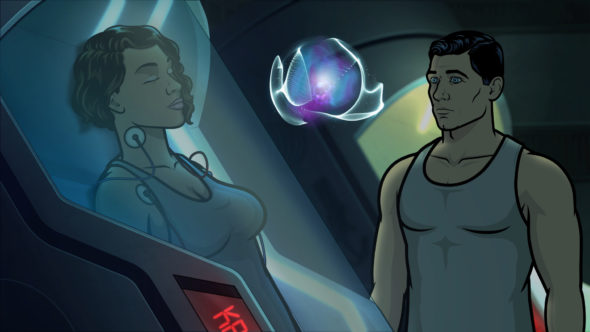 Is Sterling Archer ready to pack it in? Has the Archer TV show been cancelled or renewed for an 11th season on FXX? The television vulture is watching all the latest cancellation and renewal news, so this page is the place to track the status of Archer season 11. Bookmark it, or subscribe for the latest updates. Remember, the television vulture is watching your shows. Are you?

Will FXX cancel or renew Archer for season 11? That’s the question of the hour. In 2016, creator Adam Reed said he planned to end the series with season 10. There hasn’t been any confirmation from the network that the show is ending, though. Not only have they not promoted the current installment as the 10th and final season, they also haven’t mentioned the show is ending in press releases. If the creator really does decide to leave, they may not replace him. They might not even beg him to stay. The ratings have been lower than ever since the show moved from FX to FXX in 2017. Still, if this is the end, it’s odd that no one is milking that angle for all it is worth. For now, I’ll keep an eye on the Nielsen ratings, press releases, and the trades, and update this page as the season progresses. Subscribe for free Archer cancellation or renewal alerts.

What do you think? Are you glad that the Archer TV show has been renewed for an 11th season? If it were your call, would Archer have been cancelled instead?

I thought the first 6 seasons were some of the best comedy on tv at the time they ran. Even though I wasn’t a huge fan of seasons 7-9 season 10 was a strong finish. Whether or not they decide to push forward with an 11th season I would like to thank everyone involved for bringing us a top notch comedy that rivals The Venture Bros. as one of the best adult animated comedies of all time.

Should go back to isis

If they do end with season 10 it’ll be a strong end as this current season has gone back to its roots while bringing more to the table. I also see that the final episode is titled ‘Awakening ‘ so it could really go either way. I understand ratings play a big game in cancellations and renewals; however I dont think the show should be judged on them and especially with the current online services. Overall it’ll be interesting to see what they do in the end.

So is Archer still in a coma? Are seasons 8, 9, and 10 just him dreaming? If so, they should do one more finale season where they go back to ISIS (when the show was actually funny)