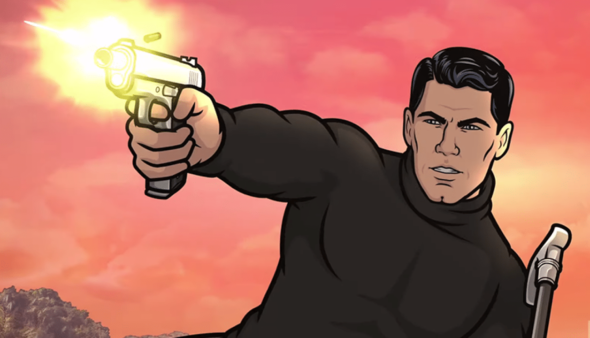 Sterling Archer’s adventures will continue on FXX. The cable channel has renewed the Archer TV series for a 12th season, which is expected to air sometime in 2021.

An adult animated comedy series, Archer stars the voices of H. Jon Benjamin, Aisha Tyler, Jessica Walter, Judy Greer, Chris Parnell, Amber Nash, Adam Reed, and Lucky Yates. The show began with the spies of the International Secret Intelligence Service (ISIS). In season 11, Sterling Archer returns to the spy world after a three-year coma. While many things have changed during his absence, Archer is confident it will take just a little time for him to reset things back to the old ways. The problem: does the rest of the team want that? Everyone else has been doing pretty well and may not be ready for his return to throw a wrench in their well-oiled machine.

“Archer is back in a big way this season, with viewership up as the Emmy Award-winning spy series returns to its roots and begins to plot a 12th season next year,” said Nick Grad, President, Original Programming, FX Entertainment. “Our thanks to Adam Reed, Matt Thompson, Casey Willis, and the entire team at Floyd County Productions for keeping Archer as fun as ever and true to form. Together with its unbelievable voice cast, Archer is set to give fans another great season.”

What do you think? Are you a fan of the Archer TV series? Do you plan to watch season 12 of this animated series?

I love the series! Can’t get enough and through COVID have binge watched the series. I forgot how hilarious it is and can’t wait for Season 12.

It’s a credit to the wonderful voices and the stories written in such a wonderful show. Just keep them coming.

It’s nice to see that there is still adult animation in some form we can still watch.

Let’s hope Archer never gets stale and continues to show us all what real spies get up to!

Having spent the last two years watching and repeat viewing the first ten series, my wife and I cannot wait for series 11 to Air in the U.K. The snappy dialogue and characterisations just get better with age. The small details continue to please, like the aeroplane upgrades from F22 to spacefighter in the scene changes. Each episode is still so fresh and the intermittent PC insights of Archer with his sidebar observations are priceless, especially when weighed off with his shameless feudal attitude towards poor Woodhouse. Archer is part of our lives, the sketches live alongside us in a… Read more »

Squee! SO glad they got a new love for the title after announcing a few years back that season 10 would be the final season.

the absolute best show ever I can’t live without it, I have all the episodes on dvr I randomly watch a different one every day just to keep it fresh the voice work is amazing and the running jokes just keep getting better please keep this show going long as you can