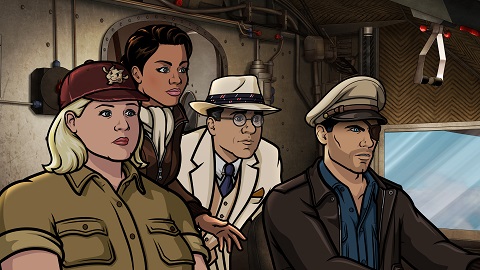 Archer is ready for another mission. Today, FXX announced season nine will premiere in April.

Season nine of Archer premieres on FXX on April 25th at 10 p.m. ET/PT.

Archer: Danger Island is an animated, half-hour comedy that centers on the semi-functioning alcoholic seaplane pilot, Sterling Archer, a lush on the lush South Pacific island of Mitimotu in 1939. While the rest of the world is concerned about the impending Second World War, Archer is only concerned with who’s buying his next drink. Along with his trusty co-pilot Pam, Sterling must navigate quicksand, cannibals, super-intelligent monkeys, poison darts, pirates, and did we mention quicksand? Welcome to the mysterious and deadly world of Archer: Danger Island.

What do you think? Are you a fan of Archer? Will you watch the new season?