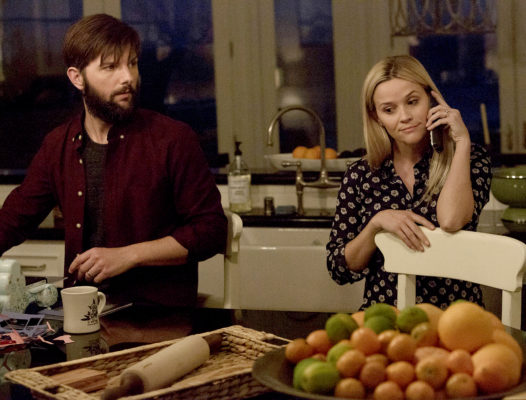 Season two of Big Little Lies is slated to begin shooting this spring. HBO has not yet announced a premiere date.

The subversive, darkly comedic drama BIG LITTLE LIES will explore the malignancy of lies, the durability of friendships, the fragility of marriage and, of course, the vicious ferocity of sound parenting. Relationships will fray, loyalties will erode…the potential for emotional and bodily injury shall loom.

David E. Kelley will write all seven scripts based on a story by Liane Moriarty, and executive produce; along with executive producers Kidman and Per Saari through Blossom Films, Witherspoon through Hello Sunshine, Bruna Papandrea, Jean-Marc Vallée, Nathan Ross, Gregg Fienberg and Andrea Arnold, who will also direct all seven episodes.

James Tupper as Nathan Carlson: Nathan copes with a complicated turn of events in his marriage and with his eldest daughter Abby.

Jeffrey Nordling as Gordon Klein: Gordon faces the consequences of a big mistake and risks losing everything along the way.

Iain Armitage as Ziggy Chapman: Ziggy starts second grade and continues to be the light of Jane’s life.

Nicole Kidman as Celeste Wright: Reeling from her husband Perry’s death, Celeste is adrift, but determined to fight for her family and find the woman she once was.

Reese Witherspoon as Madeline Martha Mackenzie: Finding that good intentions don’t always yield good consequences, Madeline confronts the truth of Perry’s death, while coming to terms with her own marriage and traditional notions of family.

Shailene Woodley as Jane Chapman: While processing Perry’s sudden death, Jane is trying to build a new life for herself and Ziggy.

Laura Dern as Renata Klein: The epitome of control, Renata is now faced with new challenges in her marriage.

Zoë Kravitz as Bonnie Carlson: Bonnie struggles with Perry’s death and is forced to face demons in her past.

Meryl Streep as Mary Louise Wright: Concerned for the well-being of her grandchildren following her son Perry’s death, Mary Louise arrives in Monterey searching for answers.

Adam Scott as Ed Mackenzie: Ed is forced to confront major challenges in his marriage to Madeline.”

Thrilled Season 2 will be a reality! Holding my breath until Spring! Whoa Bonnie! Who knew?

I HELD MY BREATH during season 1 and I assume season 2 will be just as exciting!

We are waiting..loved the first season..